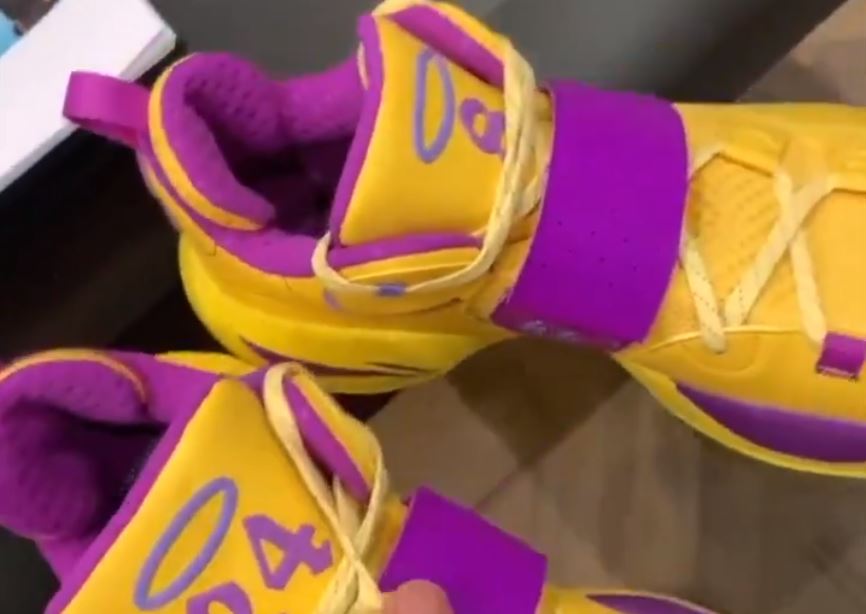 "Great things come from hard work and perseverance. No excuses." @DwyaneWade gives us a glimpse of these Kobe-inspired Way Of Wade's pic.twitter.com/MPUm0vgo3e

The three shoes shown in the video come in the colors purple and gold, white and purple and violet and purple.

Throughout his NBA career, Bryant wore two different numbers, No. 8 and No. 24, and both of those numbers can be seen on the tongues of the shoes. There are halos right above the numbers.

In the inner sole of the shoes, there is a famous quote from Bryant that says, “Great things come from hard work and perseverance. No excuses.”

Earlier this year, the 38-year-old made it known that building a relationship with Bryant was something he was proud of.

Bryant passed away in January of this year in a helicopter accident.

It’s nice to see this type of tribute for Bryant coming from Wade. Although the two were never teammates in the NBA, they were able to win a gold medal together with Team USA during the 2008 Olympics.