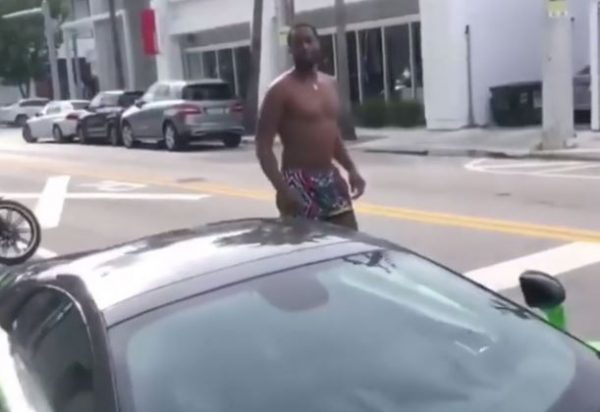 Though there’s no indication exactly when Miami Heat veteran guard Dwyane Wade will make a decision on his status for the 2018-19 NBA season, one thing appears to be clear: He’s enjoying the fruits of his past 15 seasons in the league, with the latest evidence being his latest luxury acquisition that was captured on video.

Wade showing off the whip. ?? (via @dzandertraining)

The vehicle in question is a lime green McLaren 570S, with the color blending in perfectly with the exotic palette that the city of Miami offers. Over the course of his career, it’s estimated that Wade has earned over $180 million for playing basketball, while earning millions more every year in endorsements. With that sort of income, he could easily afford his new car that’s listed at a minimum price of nearly $190,000.

While Wade gets around in his new set of wheels, it’s possible that he’ll be thinking about what he’ll do with respect to his NBA future. That’s been uncertain since the Heat’s season ended in a five-game playoff loss to the Philadelphia 76ers.

Miami presumably wants Wade back for another year, yet the choice for Wade will likely boil down to how much the team is offering to pay him. He reportedly has a three-year, $25 million deal on the table with a team in the Chinese professional league.

While lucrative and better than any offer he’ll receive from any NBA team, it seems doubtful that the veteran will pull the trigger on that deal. Until he makes that final decision, any prediction remains speculation.
[xyz-ihs snippet=”HN-300×250-TextnImage”]