Dwyane Wade Participates in Heat Shootaround Before Game vs. Lakers 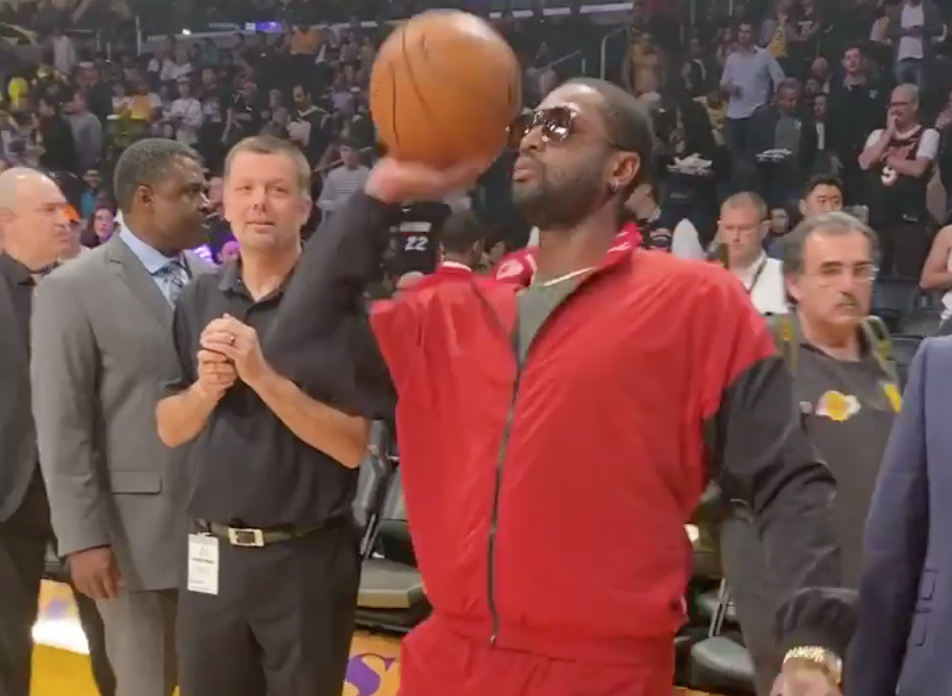 Dwyane Wade was in the stands for Friday night’s game between the Miami Heat and Los Angeles Lakers, and before tipoff, the Heat legend participated in his former team’s shootaround.

While he was clearly taking the warmup a bit less seriously than he did during his playing days, it was still great to see the three-time champ on the court with many of his former teammates.

Wade was not wearing his old No. 3 Heat jersey, but he left no question about which team he was rooting for as he wore a black and red jumpsuit.

With Friday’s game, the Heat will close out a three-game Western Conference road trip. After losing in a blowout to the Denver Nuggets earlier this week, they bounced back and trounced the Phoenix Suns on Thursday night.

Defeating the Lakers in front of the Heat’s greatest player in franchise history would certainly be the perfect way to finish road trip off right.