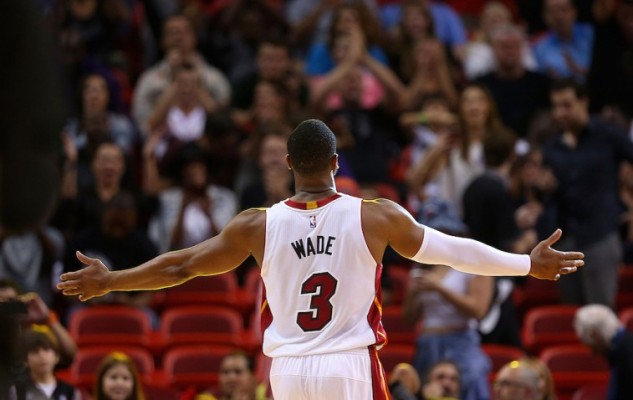 Dwyane Wade is officially back.

After a two-year hiatus on the Cleveland Cavaliers and Chicago Bulls, Wade is back on the team that drafted him with the fifth overall pick back in 2003.

As the trade deadline neared and the Cavs executed a flurry of trades, Wade was sent by the Cavs back to the Miami Heat for a second-round draft pick. As a favor to Wade and a courtesy to his best friend LeBron James, the Cavs organization acquiesced in Wade’s desires to return back home rather than see him serve in a reserve role on the Cavs.

Hours after being traded, Wade released a video via Twitter, thanking the Cavs fans, players, and organization. He then went on to express his excitement and relief in being back home in Miami.

Wade had always mentioned that he would “love” it if he could retire in a Heat uniform and it seems that he will be doing just that. It is still unclear, however, if the three-time NBA champion will be retiring at the end of the season or not.

“I always felt that one day it would happen,” Wade said in an interview with The Associated Press. “For me, it’s always been a hope. You just don’t know how or when you’re going to get there.”