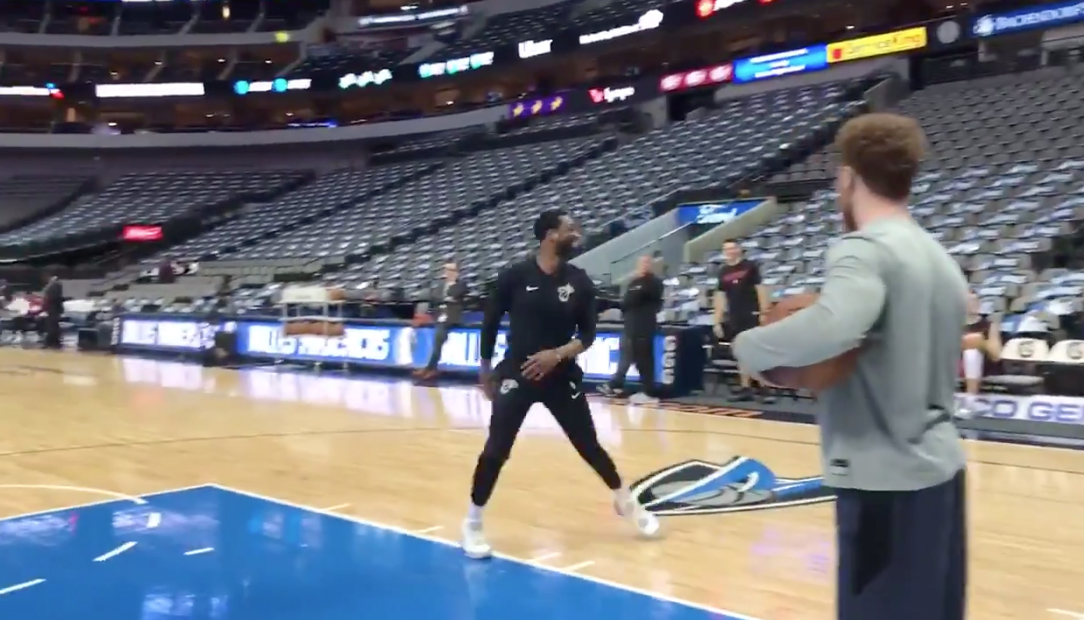 One of the greatest moments of Dwyane Wade’s storied career with the Miami Heat came in 2006 when he helped the franchise win its first NBA championship.

Prior to Wednesday night’s game versus the Dallas Mavericks, which will mark Wade’s final trip to American Airlines Center, Wade re-enacted the exact moment he became a champion.

Dwyane Wade just re-enacted the final rebound and ball launch in celebration of the 2006 NBA Finals victory over the Mavs at the AAC. #OneLastDance pic.twitter.com/bRfsfLs2z3

When looking back at the tape, Wade’s memory from the moment is quite impressive. Skip ahead to 20 minutes in to feel the thrill all over again.

Wade’s farewell tour this season has not only been a trip down memory lane for fans, but for the man himself as well.

Wade has been showered with love all over the country, and even though he played a pivotal hand in dealing the Mavs the series defeat back in 2006, it is likely he will be honored tonight as well.

Following tonight’s game, Wade will have just 26 more regular season games before he calls it a career.

While every game left on the schedule is sure to be a memorable one for Wade, tonight’s game will likely be one that he truly cherishes.
[xyz-ihs snippet=”HN-300×250-TextnImage”]