Video: Dwyane Wade Receives Rousing Ovation as He Checks in for First Time 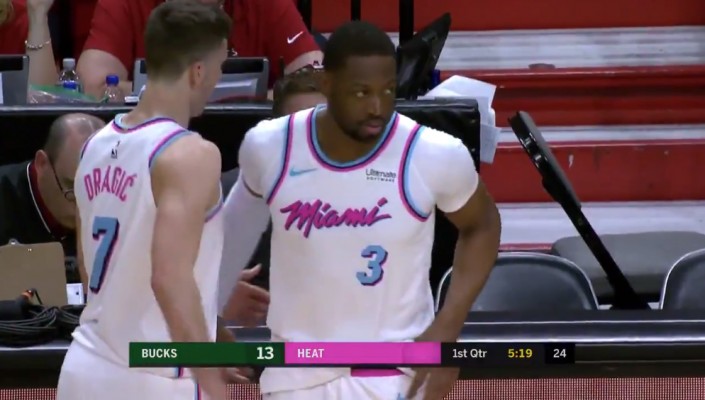 After a two-year hiatus, Miami Heat icon Dwyane Wade has finally made his return to the team that drafted him fifth overall back in 2003.

Wade is currently playing in his first game back as a member of the Heat against the Milwaukee Bucks and received a standing ovation as he checked into the game.

FEELS GOOD TO BE BACK IN WADE COUNTY!

Wade is currently averaging the lowest points and assists of his career, but that is sure to change in a bigger role with the Heat.

It’s good to have “Flash” back home, and let’s hope the Heat can make a furious push into the playoffs as the second half of the season gets underway.
[xyz-ihs snippet=”Responsive-ImagenText”]