Video: Dwyane Wade Opens Up About Why He’s Returning for Final Season 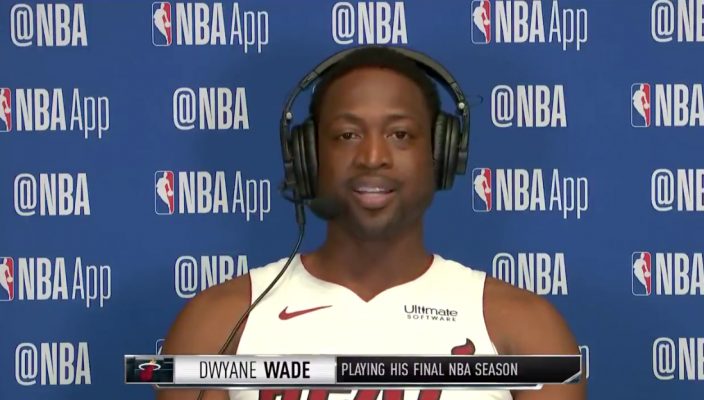 With Miami Heat guard Dwyane Wade having returned for his final NBA season, the countdown has begun on what’s been a legendary career that will eventually culminate with a spot in the basketball Hall of Fame. On Monday, Wade spoke to NBA TV about why he decided to return for one last season.

Wade first joined the Heat as the third overall selection of the 2003 NBA Draft and ultimately established himself as an icon that was a key part of all three of the franchise’s NBA championships. Along the way, the Chicago native established a lasting bond with South Florida and the Heat fan base.

That connection was temporarily loosened in July 2016 when Wade left in free agency to join the Chicago Bulls. After just one season there, he negotiated a buyout and then signed with the Cleveland Cavaliers, but was traded back to the Heat last February.

Even during his 15th season in the NBA, Wade continued to be an asset on the court and was a central component to the team’s lone playoff win when he scored 28 points.

During the past offseason, Wade had pondered the idea of retirement and only came to a final decision on Sept. 16. Along the way, he had indicated that if he did return, it would only be with the Heat, with a reported lucrative offer from a Chinese professional team presumably never really considered by the veteran.
[xyz-ihs snippet=”HN-300×250-TextnImage”]