Video: Dwyane Wade And Justin Anderson Get Into Altercation in Game 3 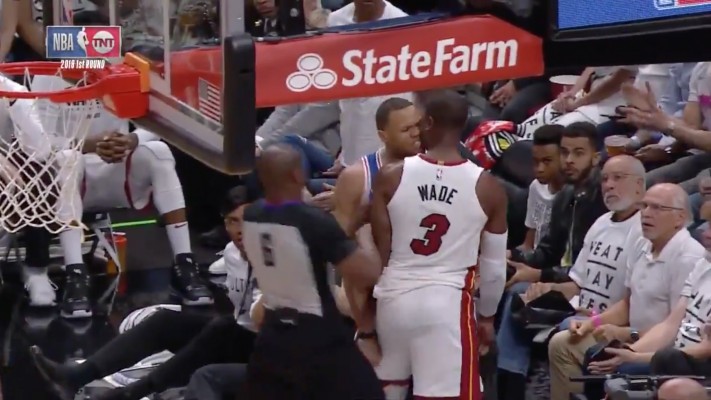 In the second quarter of Game 3 between the Miami Heat and the Philadelphia 76ers, Dwyane Wade and Justin Anderson got into an altercation right in front of the Heat bench.

Wade pulled Anderson’s right arm and forced him out of bounds. As Anderson was falling he hit Wade with his forearms. After Anderson got up, the two exchanged words before being separated by the referees.

Both players were assessed technical fouls for their actions. At the time of the incident, there was 10:26 left in the second quarter and the 76ers were up 37-33.

Miami Heat star forward Jimmy Butler has missed the team’s last three games due to injury, but it looks...