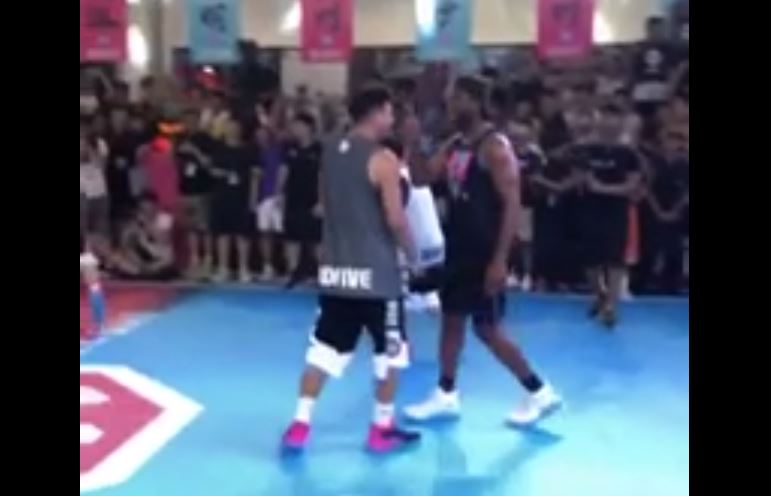 Dwyane Wade is no longer a star in the NBA, but his skills have not left him just yet.

The Miami Heat legend is currently touring through China as part of his Wade China Tour 2019, and he spent some time during his busy schedule to take to the court and play against some local talent.

In a recent video, Wade can be seen shutting down a Chinese streetball player, not falling for any of his flourishes.

Wade proves to be just as merciless on the pickup court as he can be on the NBA court.

Just like he did during much of the 2018-19 season, Wade proved in this video that he still has the hand-eye coordination necessary to play in the NBA.

Just a few days ago, Wade took to Twitter to say that he would consider returning to the NBA if the Heat managed to acquire four-time All-Star Jimmy Butler.

Now, Butler is a member of the Heat. It will be interesting to see if there are any more murmurs about a possible Wade return as the 2019-20 season inches closer.