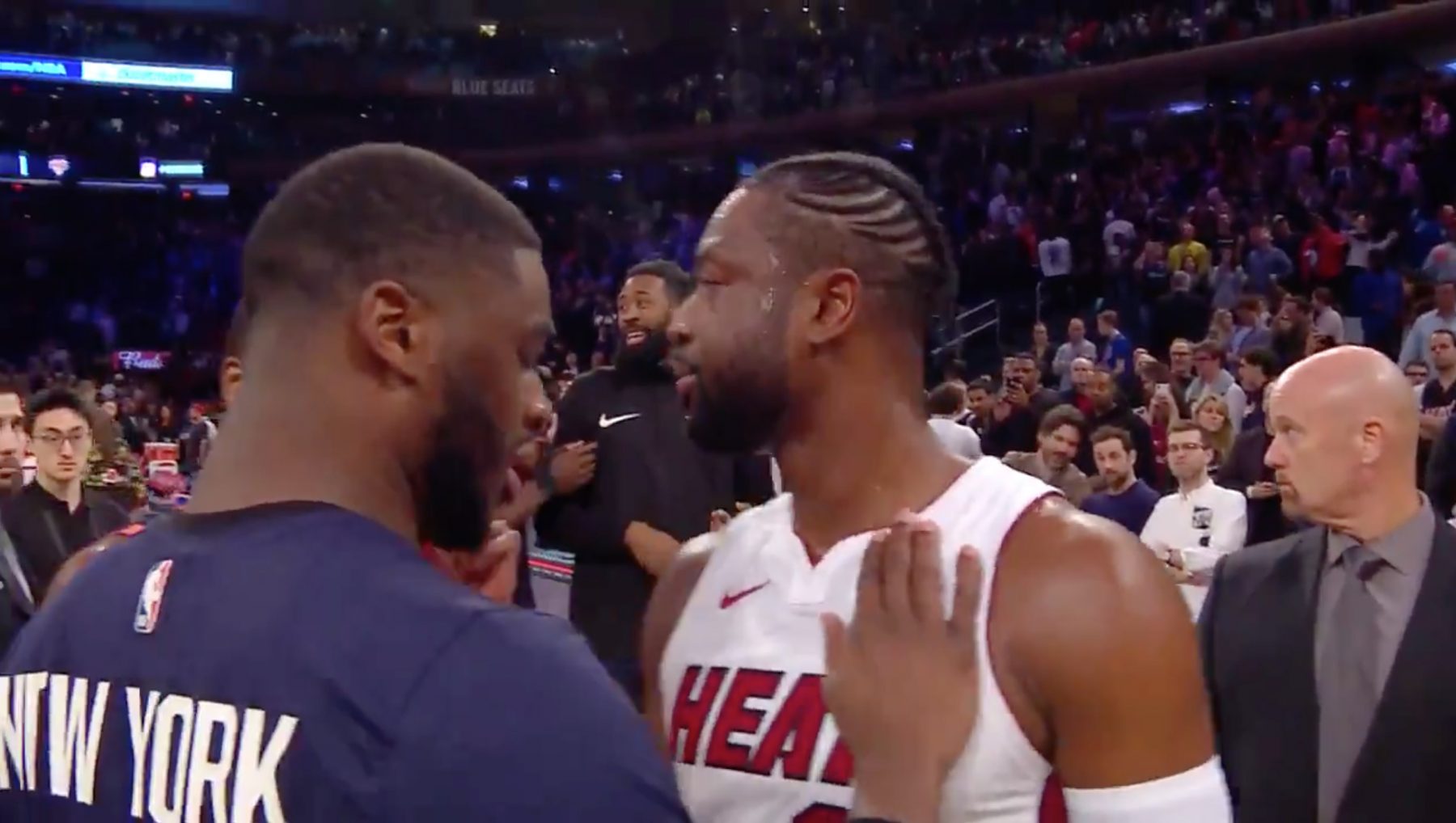 However, Wade had to say no to Mudiay as he had already promised to give it away.

Mudiay asked D-Wade for the jersey after the game. Wade said: "I'm already giving it away"

You hate to see it… pic.twitter.com/MBzLIOvC12

As part of his “One Last Dance” retirement tour, Wade has been exchanging jerseys with different NBA players after each game.

Wade scored 16 points and also recorded seven rebounds, three assists, one steal, and one block as the Heat beat the Knicks by a score of 100-92 on Saturday night to stay in the eighth and final playoff position in the Eastern Conference.

As for Mudiay, he had 24 points, five rebounds, and four assists in 35 minutes of action. Although he might be happy with his performance, he probably felt discouraged at the fact that he wasn’t able to exchange jerseys with Wade.

The Heat and the Knicks won’t play each other again this season, which means that Mudiay won’t have another opportunity to swap jerseys with Wade.

Miami’s next game is on Monday night in Boston against the Celtics. Tipoff is scheduled for 7:30 p.m. EST.
[xyz-ihs snippet=”HN-300×250-TextnImage”]