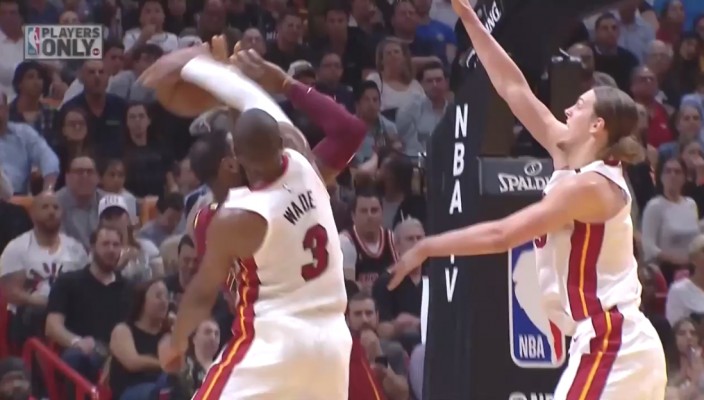 In the midst of a rousing first half for the Miami Heat during their Tuesday night home game against the Cleveland Cavaliers, Heat veteran guard Dwyane Wade earned some bragging points when it comes to his close friendship with the Cavaliers’ LeBron James. That’s because he delivered a monster block on a James shot attempt early in the second quarter.

Wade is going to talk so much trash to LeBron after this ? pic.twitter.com/lilwDLH5P4

At the time of the block, the Heat had managed to put together a 19-4 run and later extended their lead even more during the surge.

Wade began the year with the Cavaliers, but was dealt back to the Heat at the trade deadline on Feb. 8. His return has clearly energized the 15-year veteran, with this block the most recent example of his resurgence and enthusiasm.
[xyz-ihs snippet=”HN-300×250-TextnImage”]