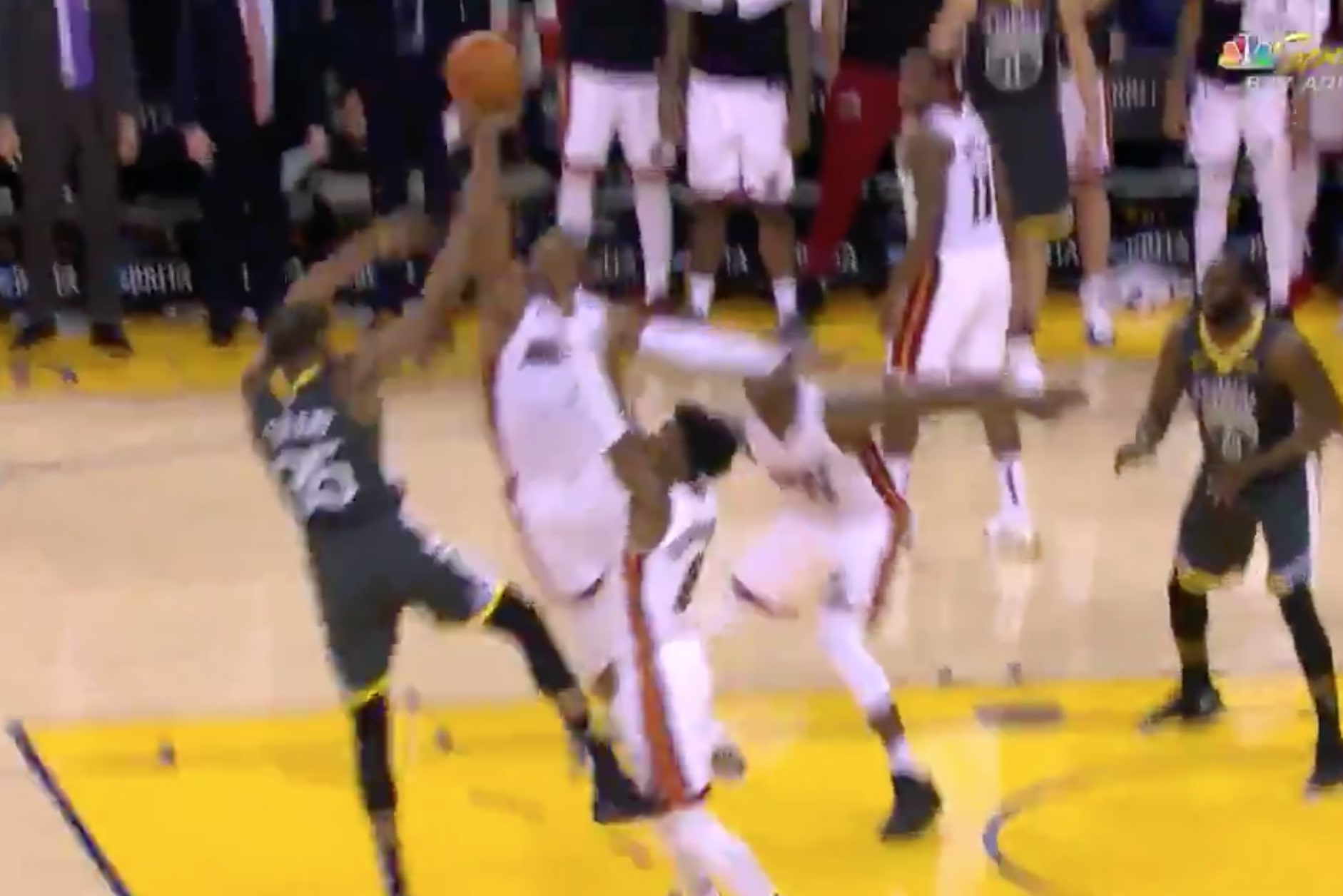 The Miami Heat lost to the defending champion Golden State Warriors in a battle that went down to the wire.

With just under a minute in the game, however, Dwyane Wade came up with a massive play that nearly earned his team the win.

The play came with 58.3 seconds left in the fourth quarter, when former MVP Kevin Durant went up for a shot.

Wade swatted the ball out of Durant’s hands and passed the ball off to Josh Richardson before getting it back and laying the ball in for an easy bucket on the other side of the court.

Unfortunately for the Heat, the talent on the Warriors’ roster proved too great to overcome. While the Heat were up 118-115 with under a minute to go, the Warriors stormed back and scored the last five points of the game to claim a 120-118 victory.

Despite the defeat, Wade’s late-game play is just another example of his supreme athleticism and ability.

While he’s not quite the player he once was in his prime, he still knows how to do it all on the court.
[xyz-ihs snippet=”HN-300×250-TextnImage”]