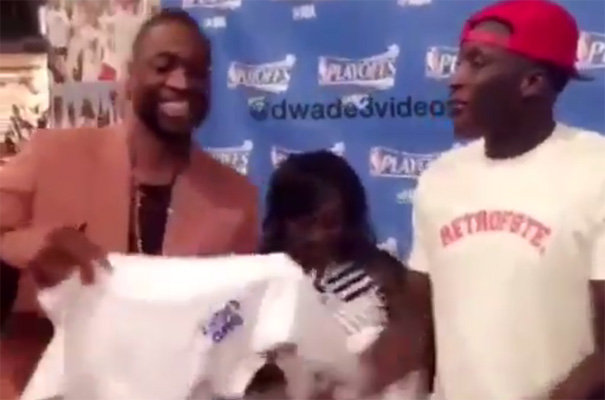 So Wade rewarded the 24-year-old after the game – in the form of a signed shirt:

This was also after the two had a moment during the game: