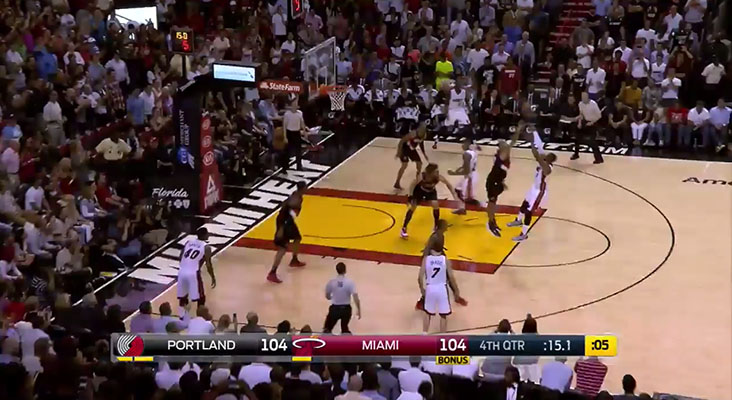 All-Star shooting guard Dwyane Wade continues his phenomenal streak as he has now scored at least 25 points in seven straight games. The Miami Heat won their second game in a row on Wednesday night as they dropped the Portland Trail Blazers 108-104.

Wade scored 32 points on 50% shooting from the field to go along with six assists and four rebounds. No two points were bigger than his go-ahead jumper over Nicolas Batum with 13.6 seconds remaining in the game to give the Heat the lead for good.