Video: Duncan Robinson’s NSFW message to Kyle Kuzma after draining 3 in his grill 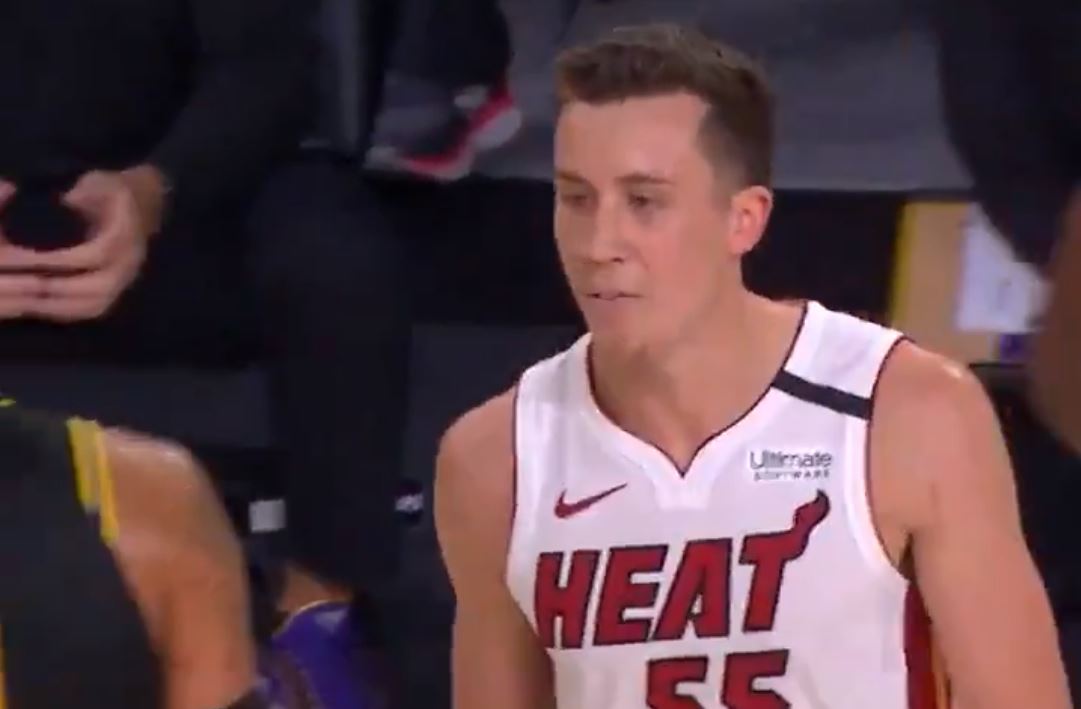 The Miami Heat picked up a huge win in Game 5 of the NBA Finals on Friday night, as they defeated the Los Angeles Lakers 111-108.

The win kept Miami’s season alive, but the Heat could not have done it without a huge game from sharpshooter Duncan Robinson.

Robinson hit 7-of-13 3-pointers on his way to a 26-point performance on Friday.

He was Miami’ second-leading scorer behind Jimmy Butler who finished with 35 points.

Robinson was on fire all night, and he let Lakers forward Kyle Kuzma know it after hitting a shot in his face.

Miami will hope that Robinson stays hot as it sets its sights on a pivotal Game 6 on Sunday.

With a win, the Heat could force a winner-take-all Game 7.

Big shooting nights from Robinson have been a staple in Miami’s success this year.

The University of Michigan product averaged 13.5 points per game during the regular season and shot a red-hot 44.6 percent from 3-point range.

Hopefully for Miami, Game 5 will be a springboard for Robinson’s shooting stroke for the rest of the Finals.