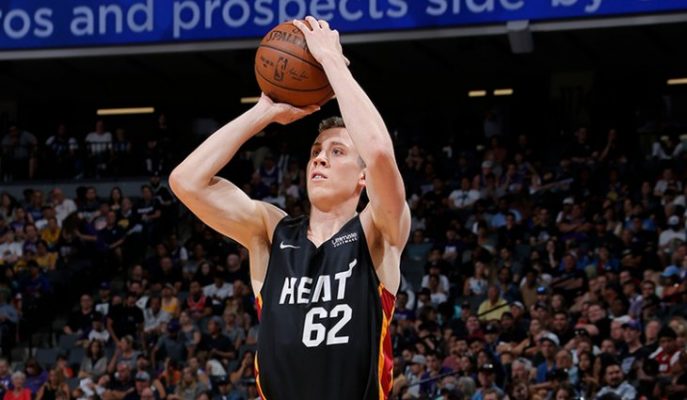 With only 1.7 seconds left, Miami Heat forward Duncan Robinson received a full-court pass and nailed a buzzer-beater from behind the backboard.

Unfortunately for the Heat, it was just the third-quarter buzzer that sounded as Miami later lost in overtime, 101-100, to the New Orleans Pelicans during the Las Vegas Summer League quarterfinal on Saturday.

What a buzzer beater from Duncan Robinson!#SummerHEAT fighting to hold on to a 4th quarter lead in Vegas. Check the boys out right now on ESPN. pic.twitter.com/6isDOTfDz7

Nonetheless, the loss doesn’t take away from how spectacular Robinson’s shot was.

The 6-foot-8 sharpshooter had an outstanding overall performance, rallying the Heat from a 14-point deficit and scoring 26 points with four 3-pointers.