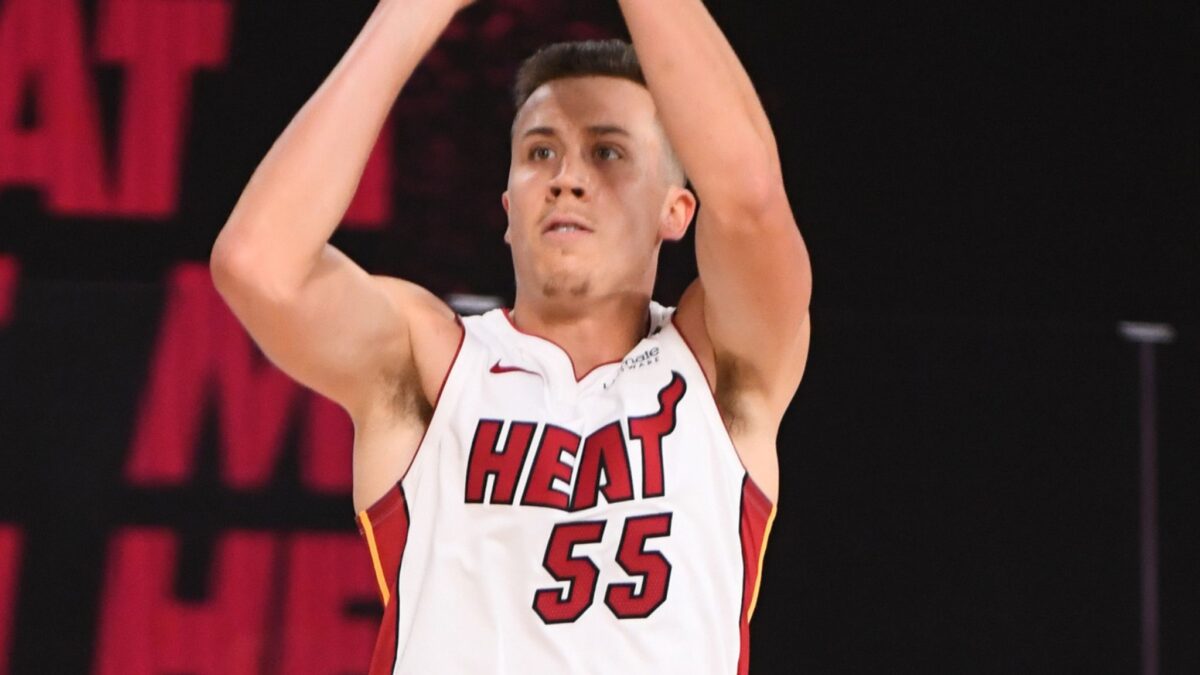 Miami Heat guard Duncan Robinson recently indicated that when his name is mentioned in any trade talks, his mother beings to panic.

Robinson’s name has been mentioned in a number of trade rumors, and Robinson recently noted on J.J Redick’s podcast that any possible deal gets his mother’s attention.

“The one thing that has been kind of dangerous about the trade rumors is that my mom, who struggles with technology in general,” Robinson said. “I love her, obviously. But like she has some Heat app, I don’t even know how she has it. Like I don’t even know what app it is. It’s like not an official app. It’s like some blog or whatever. And she just gets all the updates pinged right to her phone, and occasionally it’ll boil over.

The 25-year-old Robinson has emerged as an effective member of the Heat’s starting lineup. He’s averaged 12.9 points, 4.2 rebounds and 1.4 assists per game in his nine starts this season.

Robinson was in the starting lineup for the shorthanded Heat on Tuesday night and ended up with a season-high 26 points, a total that included six 3-pointers.

There’s no indication that the Heat are on the verge of trading Robinson, but it seems clear that every mention of that possibility will have an eager listener in his mother.