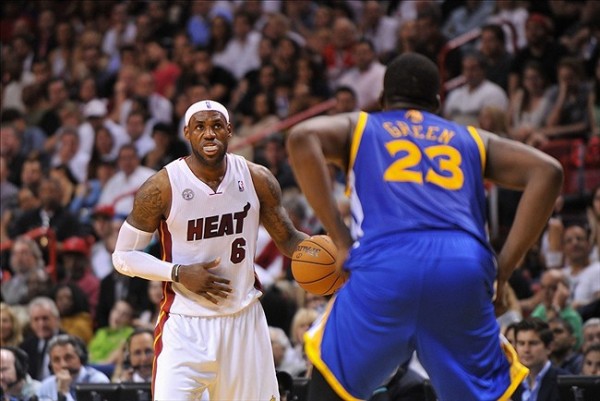 Draymond Green might not get along with LeBron James on the court, but off the court, the two-time NBA champion definitely has respect for the former Miami Heat star.

On Wednesday, Green told reporters that James’ 2010 decision to leave the Cleveland Cavaliers and join the Heat has had a lasting impact on the league and a positive impact on its players.

“He (James) opened up a new door for guys. He gave guys a voice, you know? Willing to use that voice, and I’m not even sure at that time he knew what he was doing,” Green said. “You know, because there was so much backlash with it and all the other things, but it really opened up new doors for guys. Maybe he did know what he was doing, I don’t know. But he did something special for guys around the NBA, like you said, to take their career in y’all hands and go where you feel you want to go.”

See the rest of his response below.

James has dealt with the repercussions of leaving Cleveland for Miami since he made his decision. While fans and the media certainly view that part of James’ storied career in a negative light, Green’s response makes it clear that it is seen very differently by James’ colleagues around the NBA.
[xyz-ihs snippet=”Responsive-ImagenText”]