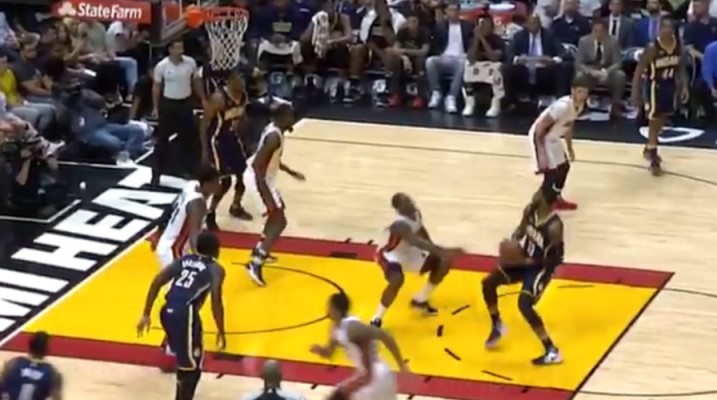 The Miami Heat came away with their third win in a row on Saturday night as they routed the Indiana Pacers, 113-95.

A huge reason for the victory was due in large part to guard Dion Waiters, who finished the game with 22 points and continues to remain red-hot for a surging Heat squad looking to make a late push for the playoffs.

One play from the game, however, will most likely not sit well with Pacers fans. During the second quarter with about a minute remaining, Pacers forward Paul George gave Waiters what looked like to be a slight shove in the paint. Although Waiters was clearly fouled on the play, the embellishment was obviously so exaggerated, that the refs were forced to swallow their whistles.

Watch the play for yourself below. Flop or not?

Dion Waiters is ready for The Oscars ? pic.twitter.com/XoJY19rPRi