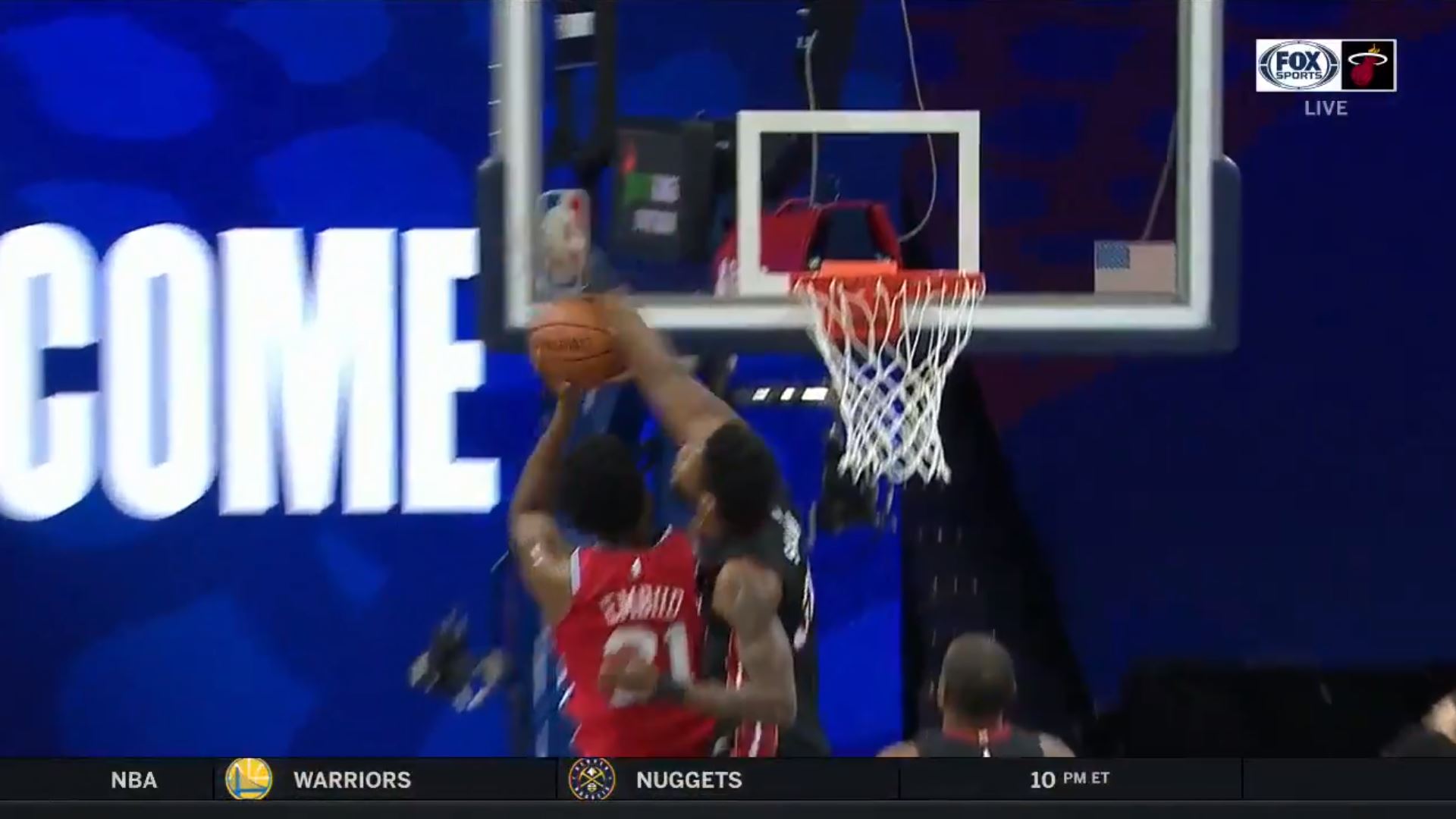 Early in the Miami Heat’s Thursday contest against the Philadelphia 76ers, forward Chris Silva made a huge statement on Sixers superstar Joel Embiid by blocking his shot emphatically.

Chris Silva with the big-time rejection on Joel Embiid!

The Heat, meanwhile, are at a dismal 4-5 and are currently outside of the playoff picture in the Eastern Conference.

They badly need some wins against contenders such as the Sixers, especially since they have other tough games against the Brooklyn Nets, Denver Nuggets and Los Angeles Clippers coming up later this month.

Unfortunately, the Heat fell behind by a sizable margin by the end of the first quarter against Philly.