Video: Chris Bosh Loses It as His Miami Heat Jersey Gets Sent to Rafters 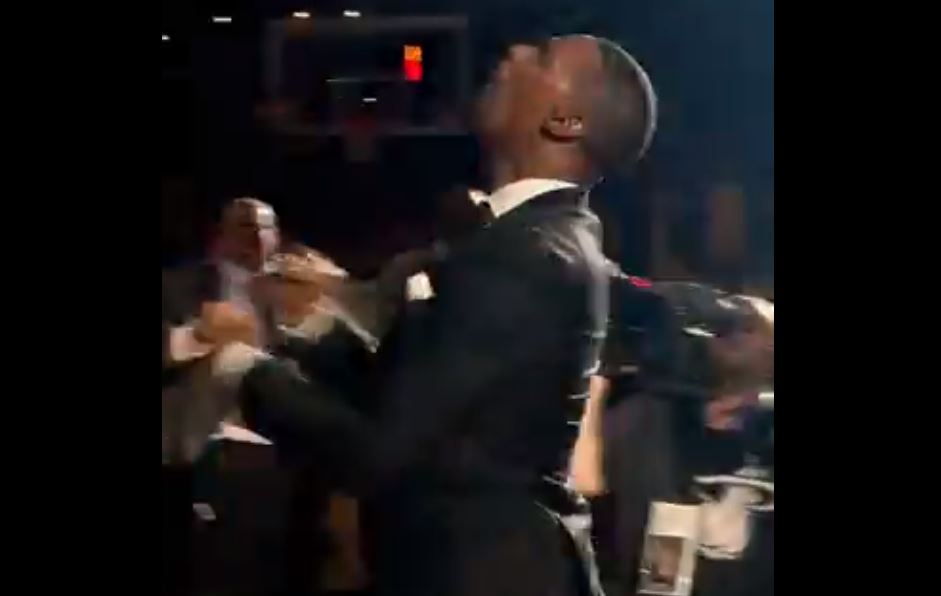 Chris Bosh’s Miami Heat jersey was finally raised into the rafters of American Airlines Arena on Tuesday night in a fantastic and heartfelt tribute.

It’s official! @ChrisBosh’s #1 jersey will live in the rafters forever. CB becomes just the 4th Miami HEAT player to have this honor. pic.twitter.com/A2kroMNMjE

Among those who spoke at the halftime ceremony were Heat team president Pat Riley and Bosh’s former teammate Dwyane Wade.

Bosh also took the podium to thank everyone in the sold-out arena for their support during and after his career with the Heat. Following his wonderful speech, Bosh asked the crowd if they would join him in one last trademark scream before he called it a night.

Of course, they cheered in agreement.

One last Chris Bosh signature yell before signing off ? pic.twitter.com/NljcZagJmy

It was an emotional moment for sure. While Bosh’s storied career was tragically cut short due to blood clots, tonight’s ceremony made it clear that he will forever be a member of Heat Nation.

Now with the ceremony over, the Heat return to the court looking to close out a huge game versus the Orlando Magic. A victory tonight would go a long way in solidifying their hold on the eighth seed in the Eastern Conference.
[xyz-ihs snippet=”HN-300×250-TextnImage”]