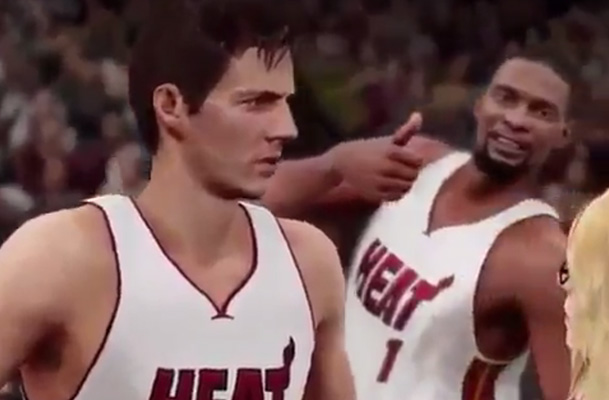 NBA 2K16 promises to be the best installment of the series to date as the popular video game has now incorporated video bombs during on-court interviews. The best one yet, according to us, is this video of Miami Heat forward Chris Bosh perfectly video bombing point guard Goran Dragic during an on-court interview. Enjoy.