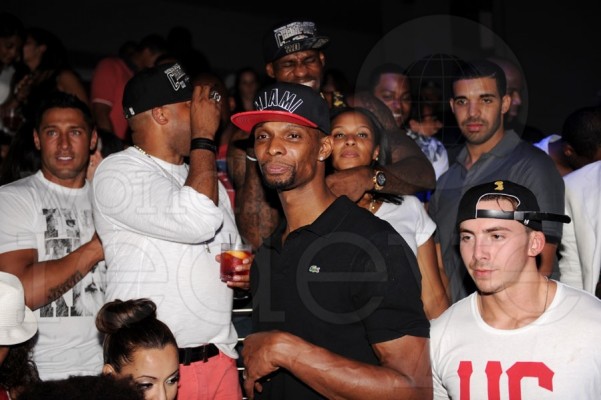 Chris Bosh seems to be enjoying his summer out in California just fine.

On Wednesday night, he was seen at Drake’s Summer Sixteen concert in Los Angeles alongside former teammate LeBron James. Both of them seemed to be really enjoying Drake’s hit song “Child’s Play” and can be seen dancing in the video below.

If you follow Bosh on Snapchat you know how much he loves his music. He often takes his guitar with him on road trips during the season, so it’s no surprise to see the two old friends getting hyped at a Drake concert. Unfortunately, Dwyane Wade wasn’t there to complete the trifecta but he did make a surprise appearance with Chance the Rapper at Lollapalooza in Chicago earlier this summer.
[xyz-ihs snippet=”Responsive-ImagenText”]