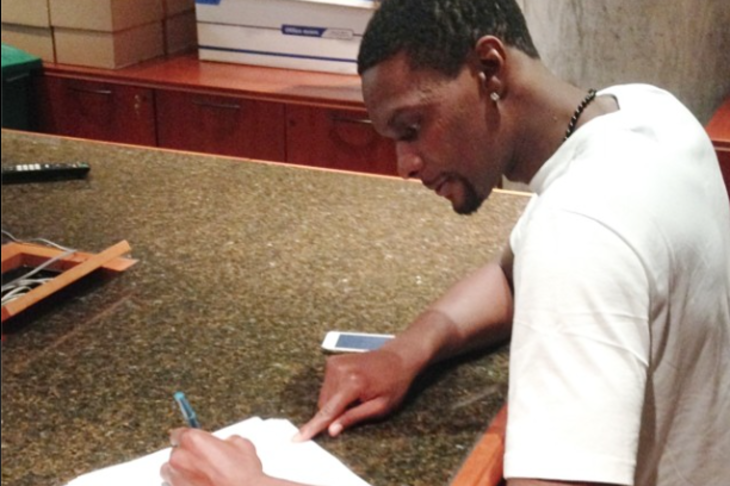 Chris Bosh was on the radio yesterday morning on the Zaslow and Joy show on 790 The Ticket and gave his thoughts on his max contract and the LeBron departure.

Bosh on getting offered a max contract,

“They stepped right up to the plate and that made my decision easy. As soon as LeBron made up his mind, they came to me with the offer and it wasn’t much to think about.

Bosh on whether or not he was going to leave the Heat after LeBron left,

“Well, I’m not going to lie it was close. But it was just a weird situation because we were waiting so long and I didn’t know what was going on and things got really aggressive on me and I guess as soon as LeBron made up his mind that’s when everything could kind of fall in line.”

Bosh on if he was sour that LeBron left,

“No I’m not sour man, I understand. We always say it’s a business, things happen in the business. He obviously made decisions that were bigger than him, it was for his family.”