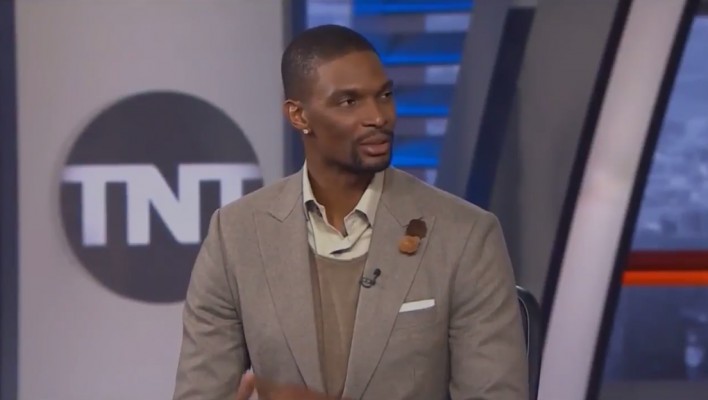 Chris Bosh might have a new job at TNT but he isn’t giving up on his dream of playing basketball again.

The two-time NBA champion made his debut appearance as an analyst for Turner Sports’ “Players Only” broadcast alongside Chris Webber, Isiah Thomas and Baron Davis. During the show, Webber broached the subject of Bosh’s health and the power forward said he has been working out and is “staying ready.”

He also playfully noted that he was getting “getting pressure” from his kids to return to the court.

With the Miami Heat expected to begin the process of getting Bosh’s salary off the books, it looks like the former All-Star is still determined to play in the NBA — even if it isn’t for the Heat. According to Barry Jackson of the Miami Herald, an NBA-employed associate said that Bosh has not made any attempt to play this season but is interested in playing again, health permitting.

The last time Bosh played in an NBA game was back on Feb. 9, 2016, just two days before a blood clot was found in his calf. He had to go back on blood thinning medication and his playing future has been up in the air since.

Even though Bosh has been away from the team this season, he said he’s been “proud of a lot of the guys” during the their resurgent second half of the season. After starting the season with an 11-30 record, Miami has made a strong playoff push by winning 16 of its last 19 games.

For now, Bosh will continue to serve in his analyst role, but don’t be surprised when he attempts to make a comeback into the league.
[xyz-ihs snippet=”Responsive-ImagenText”]