Video: Brandon Ingram Talks Trash to Derrick Jones Jr. After Being Dunked on 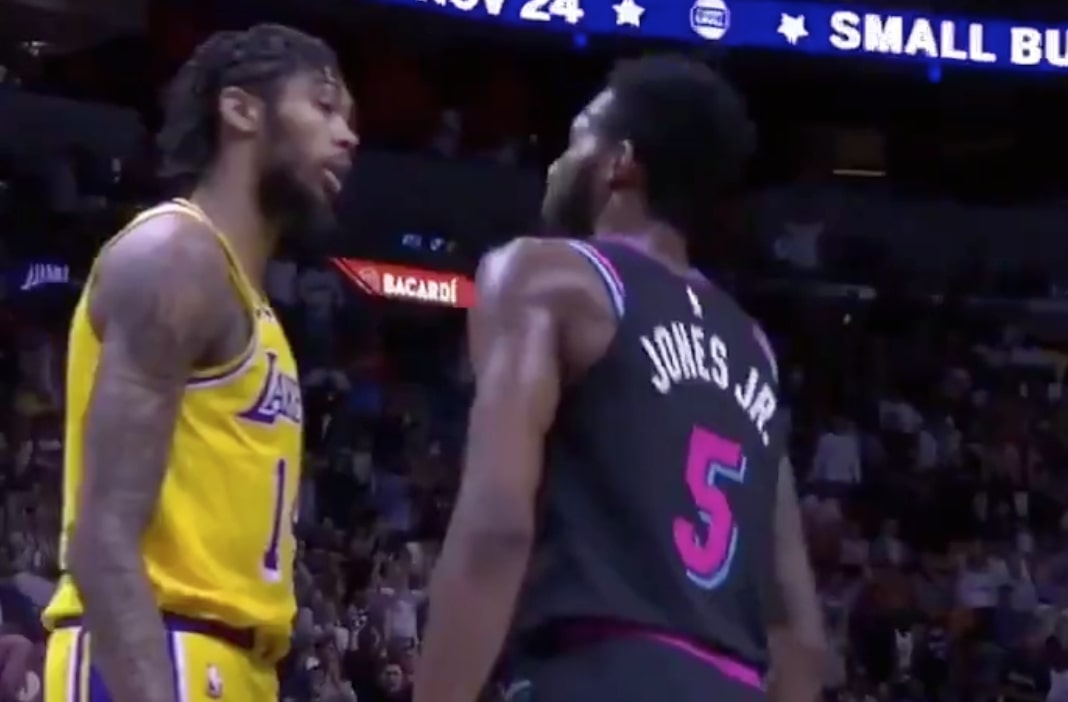 The Miami Heat did not get the win over the Los Angeles Lakers on Sunday night, but Derrick Jones Jr. got a personal victory over Los Angeles Lakers star Brandon Ingram, when he managed to slam a putback dunk home late in the fourth quarter.

Shortly after the dunk, the two players were seen exchanging words and each were quickly dealt technical fouls.

While a Miami loss seemed assured at the time of the play, Jones didn’t let that stop him from putting on a little show for the lingering home crowd.

Other than this impressive display of athleticism, Jones didn’t have a particularly strong night. He finished the game with just four points in 13 minutes.

Jones wasn’t the only member of the Heat roster who struggled in the game. No one on the roster managed to eclipse 20 points in the game, and the Heat fell to the Lakers, 113-97.

Jones and the rest of the Heat roster will have a chance to bounce back on Tuesday when they face off against the Brooklyn Nets.
[xyz-ihs snippet=”HN-300×250-TextnImage”]