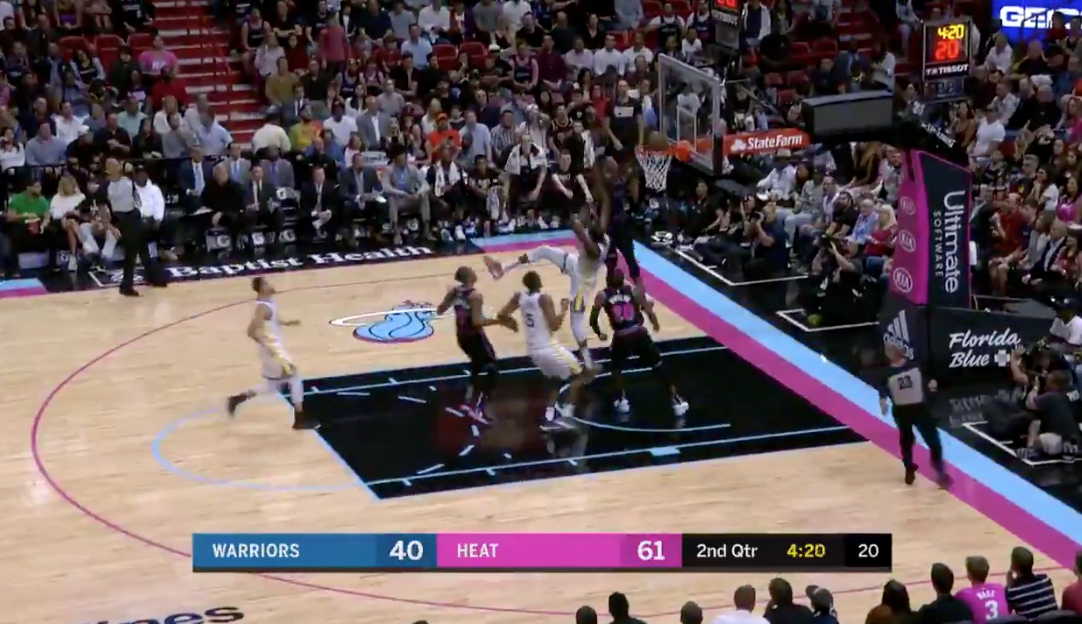 The Miami Heat are currently blowing out the Golden State Warriors, and center Bam Adebayo has a lot to do with that.

In the second quarter of the Heat’s matchup with the Warriors, Adebayo threw down one of the best dunks of his career on a fast break alley-oop from teammate Justise Winslow.

The Heat currently lead the Warriors by nearly 20 points in the second quarter, and this victory would be a huge morale boost as they have lost three straight and six of their last seven.

Adebayo has six points, four rebounds, and two blocks for the Heat, but it’s Goran Dragic who is stealing the show in the first half. Dragic currently has a game-high 25 points to lead all scorers.
[xyz-ihs snippet=”HN-300×250-TextnImage”]