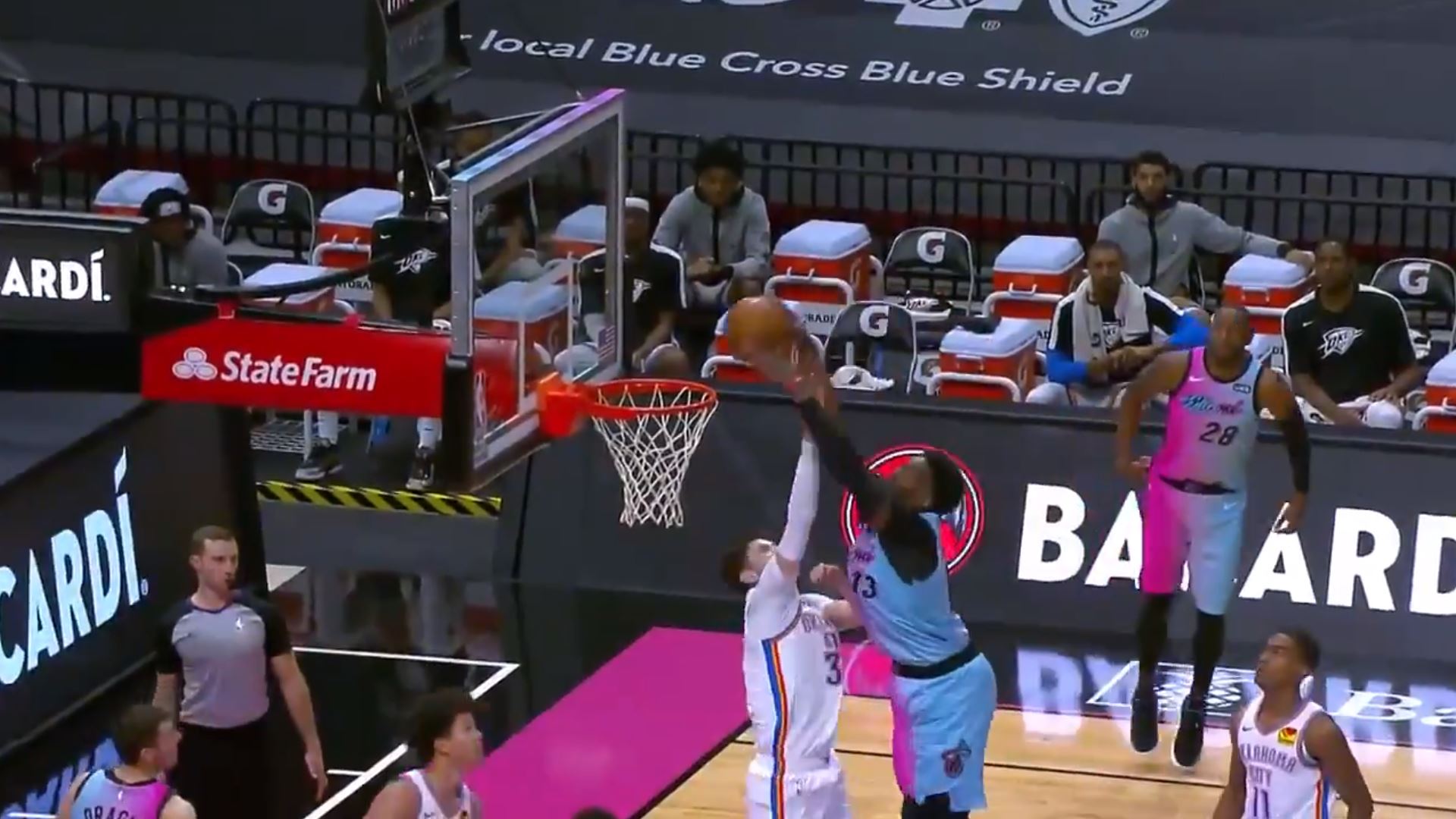 Early in the fourth quarter of the Miami Heat’s Monday game against the Oklahoma City Thunder, Heat big man Bam Adebayo made a huge statement.

He threw down a nasty dunk on the Thunder’s Mike Muscala off a nice lob pass from Goran Dragic while drawing a foul.

Adebayo is having a nice start to the 2020-21 NBA season, averaging 19.0 points, 8.0 rebounds and 4.4 assists a game while shooting a white-hot 63.2 percent from the field through the first five games.

He is also slowly starting to expand his game by occasionally hitting the midrange jump shot, which is helping to open up the rest of his game.

The Heat are a disappointing 2-3 on the season, but they do hold a huge lead over the Thunder in the fourth quarter.