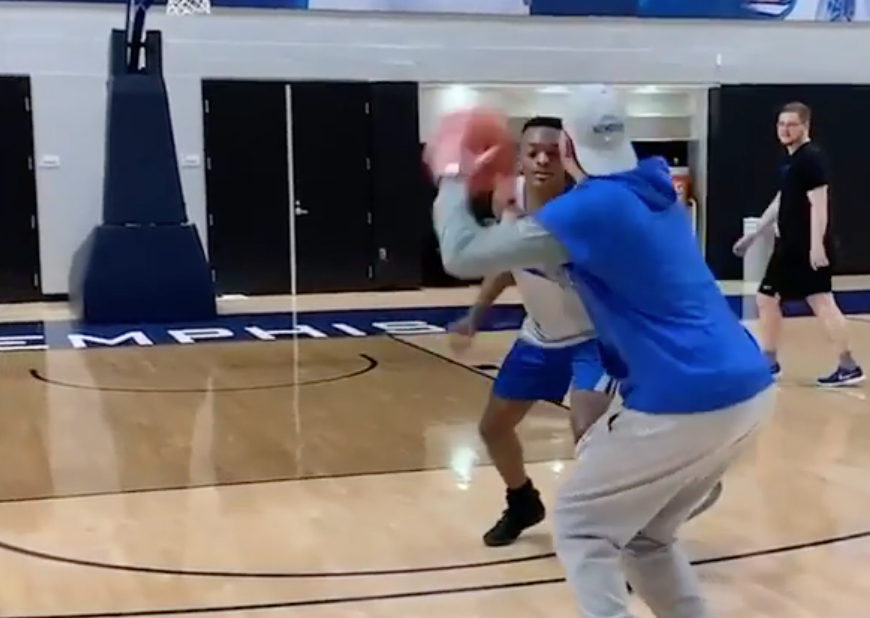 Former Miami Heat shooting guard Mike Miller may have turned 40 in February, but he recently put some college basketball players in their place during some one-on-one matchups.

Miller played with the Heat from 2010 to 2013 and was a part of the franchise’s two NBA title teams during that era.

Over his 17-year NBA career, Miller was known for his shooting touch and showed in the video below that it is still in evidence.

Some college players challenged Mike Miller to playing 1-on-1, so he taught them a lesson. (via DerekCMalloy/Twitter)

Playing for seven different teams during his time in the league, Miller averaged 10.6 points, 4.2 rebounds and 2.4 assists per game. His most prized asset was his shooting ability from beyond the arc, connecting on 40.7 percent of his 3-point shots and finishing with 1,590 long-range bombs for his career.

Miller spent the latter part of his career coming off the bench, with that lack of prominence a potential reason for the younger players challenging him on the court.

When James returned to play for the Cleveland Cavaliers in 2014, he pushed for the Cavs to sign Miller, which they did. During that one season together in Cleveland, Miller’s modest contributions played a part in the Cavaliers reaching the NBA Finals.

There’s no indication that other younger basketball players will offer a similar challenge to Miller in the future. However, if they do take that route, they should be prepared to take on a player who still knows how to compete.