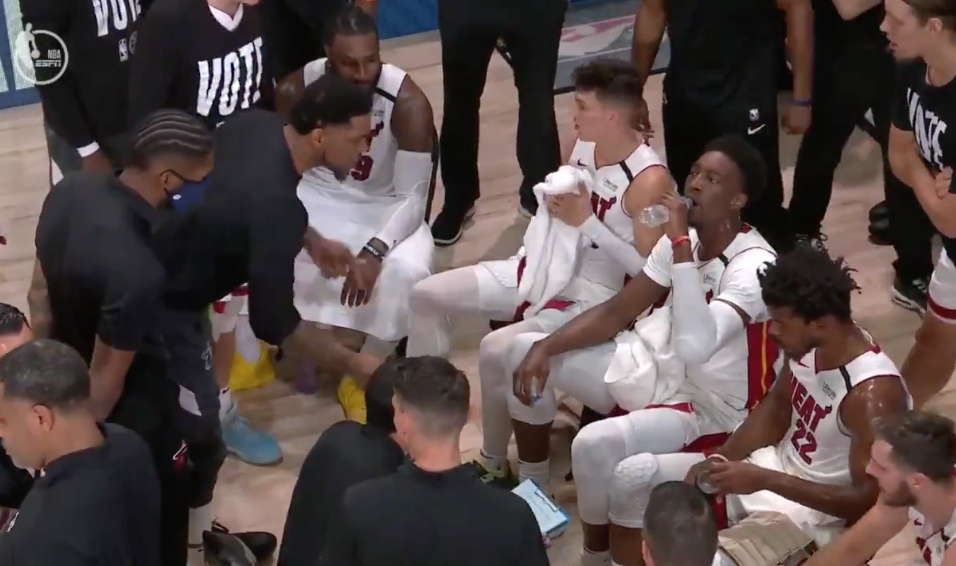 On the verge of a surprising trip to the NBA Finals, the Miami Heat have fallen behind by double digits to the Boston Celtics in Game 5 of the Eastern Conference Finals.

During a timeout, cameras caught veteran Heat forward Udonis Haslem letting his teammates have it.

Although the Heat have depended on several young players to get them this far, they also possess several veterans who have been integral to their team culture.

Although he hasn’t gotten any playing time at all in the 2020 NBA Playoffs, his leadership on the bench is vital, and his words carry plenty of weight.

Haslem has played his entire 17-season NBA career in Miami, and his longevity and character have earned him three championship rings.

He has been there and done that, which is likely why his teammates listen to him.