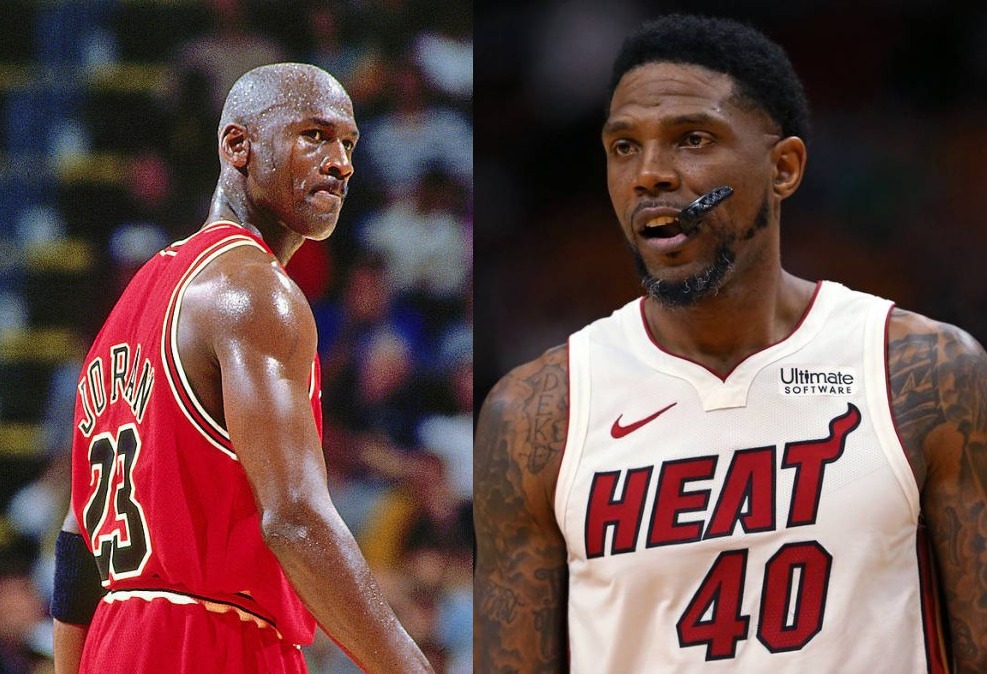 Most players would’ve loved the opportunity to have played with Chicago Bulls legend Michael Jordan.

However, Miami Heat icon Udonis Haslem isn’t one of those people.

In fact, during an Instagram Live session with Richard Jefferson, the forward said he would taken umbrage to Jordan’s disrespectful language.

“Michael Jordan’s approach might not have necessarily been my approach on certain things,” Haslem said. “It was some name calling in there. I’m just saying if I’m one of them people Mike talking to like that I might put hands on Mike, that’s all I’m saying. I might put hands on Mike. And I love Mike to death. Mike the greatest of all time. But you can’t call me the b-word, and the h–, the h-word. Nah, alright Mike. We gonna have to square off.”

Haslem, 39, is one of the toughest players in the NBA.

As a matter of fact, the bellicose big man is known for standing up for his teammates and ruffling opponents’ feathers.

However, the three-time champion has a different approach on the way his teammates should be treated.

Discussions on Jordan’s controversial character and relationship with teammates erupted after recent episodes of “The Last Dance” came out on Sunday.

The 10-part series chronicles Jordan’s final season with the Bulls. Fans get an inside view of Jordan’s questionable connections with teammates and front office members.

In addition to verbal insults, he physically abused teammates as well. Yet, the abnormal pressure Jordan put on teammates appeared to pay off as he won six championships during his tenure in the league.