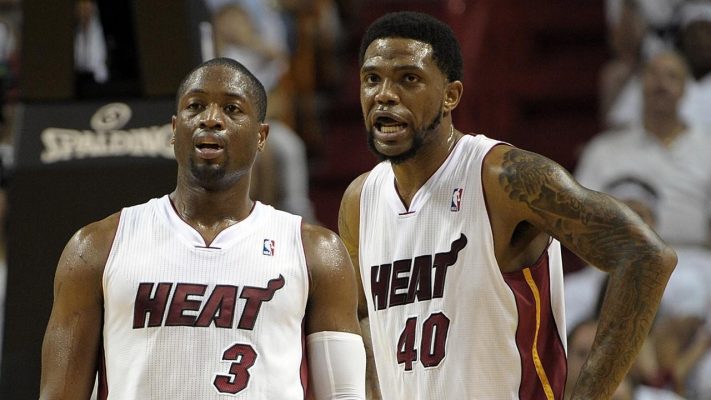 Even though he has played with the likes of Shaquille O’Neal, LeBron James, Chris Bosh and Ray Allen, Haslem said his favorite Heat teammate of all time is Dwyane Wade.

.@ThisIsUD breaks down why @DwyaneWade is his favorite Heat teammate of all-time 🔥

“My best teammate? I would say D-Wade (Dwyane Wade) man, just because we came in together, you know what I’m saying,” Haslem said. “Shaq (O’Neal) was already established. Me and D-Wade came in together man. We literally spent the entire summer together. This man had so many damn cavities when I met this man I felt inclined to help that kid from Chicago.”

Wade was selected by the Heat with the fifth pick in the 2003 NBA Draft, while Haslem signed with the team as a free agent after going undrafted in the 2002 NBA Draft. The duo won three NBA titles as teammates in 2006, 2012 and 2013.

Due to Haslem’s age and the team having a lot of frontcourt depth, his role has diminished this season. He was averaging 1.7 points and 2.7 rebounds in 7.0 minutes per game in three appearances this season.