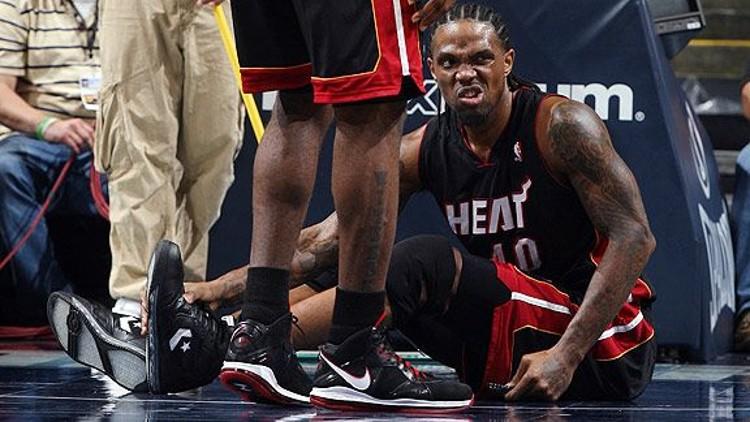 During their conversation, Wade asked Haslem which one of their championship eras was the most fun to play in.

UD explains to D-Wade why the first championship era for the Heat was more enjoyable than the Heatles era 😂😂 pic.twitter.com/KXlVs7I8TM

“I’m going to be a little selfish on this one, the first era,” Haslem said. “We was out of control. That was when we could burn than midnight oil. That’s when you only needed two hours of sleep.”

Haslem also shared the advice Shaquille O’Neal used to give his teammates when he was on the team.

“Remember what Big Man (O’Neal) used to tell us?” Haslem asked Wade. “’I don’t care if you’re playing bad, if you party every night before the game and that’s your routine, then stick to it.’”

Haslem and Wade both joined the Heat in 2003, with the Heat selecting Wade with the fifth overall pick in the 2003 NBA Draft and Haslem signing with the team after going undrafted in the 2003 draft.

They won three rings together, the first with O’Neal in 2006 and the last two with LeBron James and Chris Bosh in 2012 and 2013. Wade won Finals MVP in 2006 after averaging 34.7 points per game against the Dallas Mavericks in the NBA Finals.