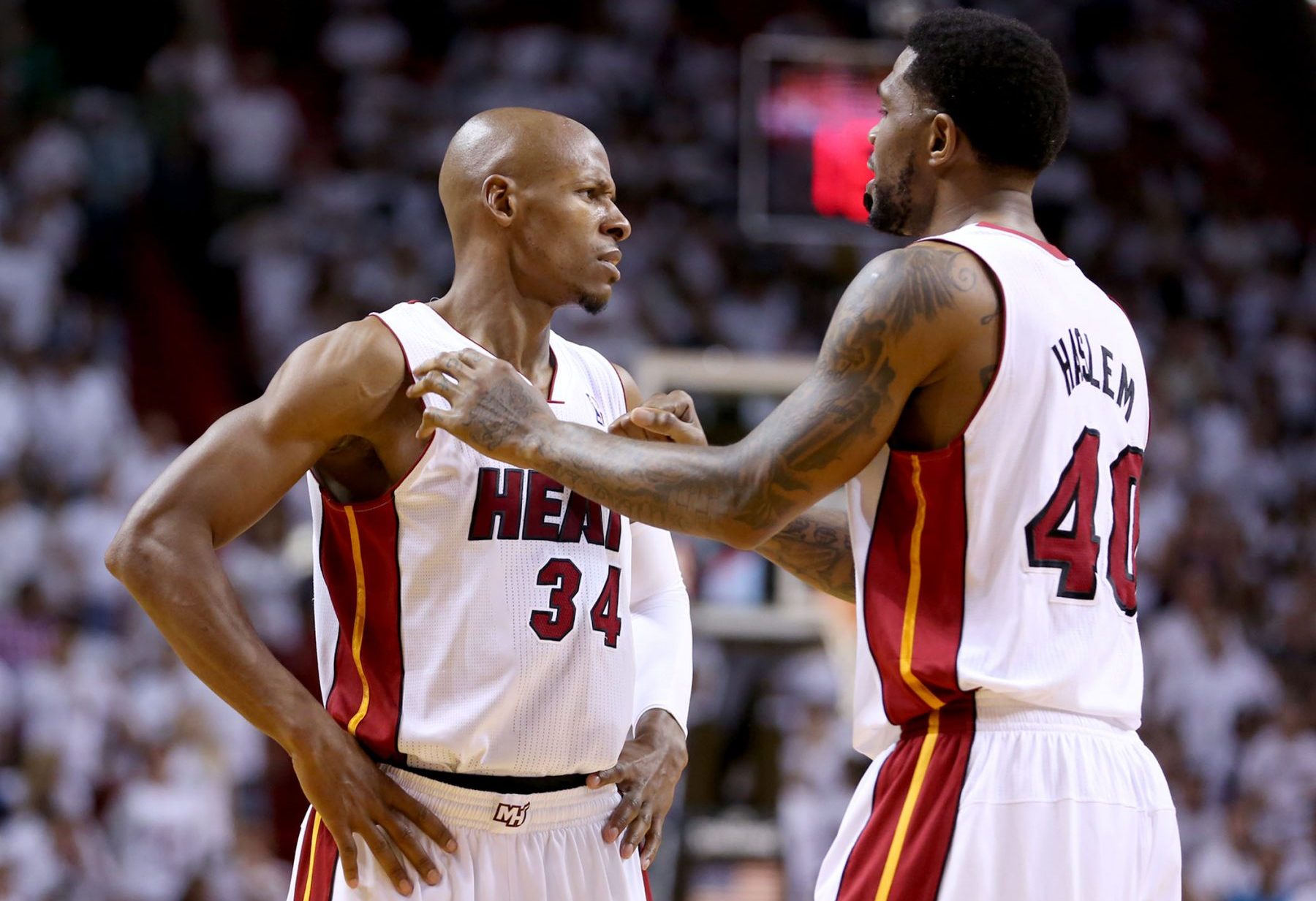 It was also a reunion of sorts.

Wade’s former teammates Ray Allen and Chris Bosh made their way to the celebration and joked about Allen joining the team from the Boston Celtics in 2012.

“We thought Boston sent you over here to be a spy,” said Wade.

“We was worried,” said Haslem. “But once we knew you was one of us, it was all love, baby. If [Allen’s former Celtic teammates] got a problem with you, they still got a problem with us then, whatever that is. Whatever they want to do. We old, D. Wade retired, C.B. (Bosh) retired, we got nothing to do but fight, so if they wanna fight, we can fight.”

Allen, who was arguably the greatest pure shooter of his era, won an NBA championship with the Celtics in 2008 and came extremely close to a second one in 2010.

Starting in the 2009-10 season, the Heat and Celtics began something of a rivalry. The Celtics defeated an undermanned Miami team in the first round of the 2010 NBA Playoffs, but the Heat got them back, besting Boston in five games in 2011.

In the 2012 Eastern Conference Finals, the Celtics took a 3-2 series lead back to Boston and looked poised to return to the NBA Finals yet again. But Wade and LeBron James led a comeback, which culminated with a tight Game 7 win.

When Allen jumped ship to join the Heat in that summer, it led to some petty bad blood between him and his former Celtic teammates, especially Kevin Garnett and Paul Pierce.

But no one can argue with the results, as Allen hit one of the most iconic shots in Finals history to send Game 6 of the 2013 championship series into overtime.