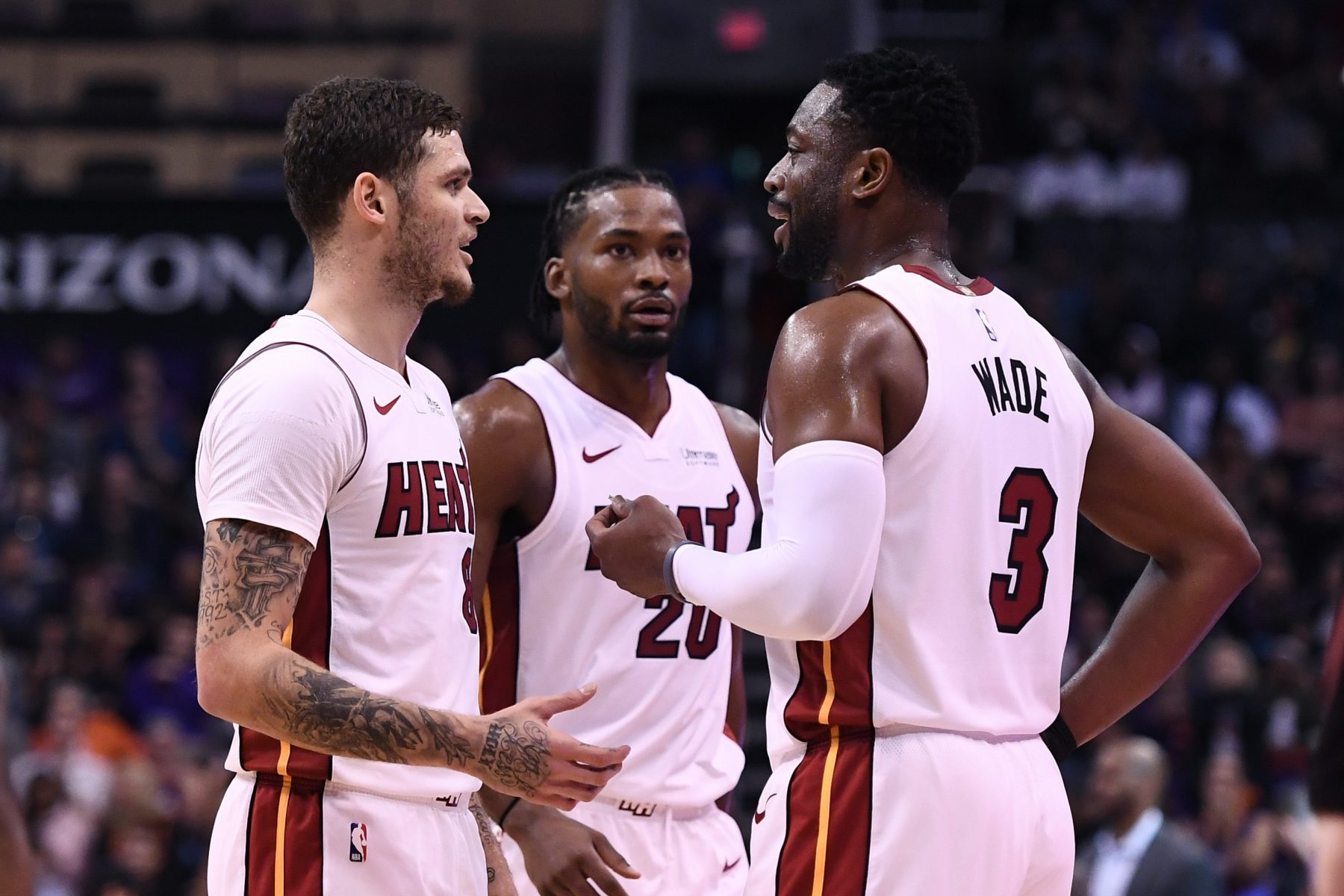 Tyler Johnson is now a member of the Phoenix Suns, and he hopes to help his new team rise from the ranks of being perpetually lottery-bound. To do so, the former Miami Heat guard will lean on some critical advice that was given to him by former teammate Dwyane Wade.

Tyler Johnson shares his thoughts on becoming a Phoenix Sun and his initial reaction to finding out. pic.twitter.com/tyZFJQZjAw

“Just continuing to be who I am, but also maybe just a little bit more from a leadership standpoint trying to accelerate some of the younger guys, and maybe teach them some of the things that I’ve been able to pick up,” Johnson explained when asked about what he brings to Phoenix. “Luckily I’ve had a lot of good mentors in this league. I was just with Dwyane — I just talked to him about some of the things I should be doing when I come over here, and the biggest thing he was talking about was just get that communication going and make sure everybody can get on the same page. Make sure everybody’s working on the details.”

Johnson, along with Wayne Ellington, was traded to the Suns ahead of the Feb. 7 deadline in exchange for Ryan Anderson. A member of the Heat since he was signed as an undrafted rookie during the 2014-15 season, the combo guard will likely make his Phoenix debut on Friday night against the Golden State Warriors.