Don't Miss
Home / Videos / Tyler Johnson: ‘Before Any of Us Got Any Money, We Used to Be Dogs’

Tyler Johnson: ‘Before Any of Us Got Any Money, We Used to Be Dogs’ 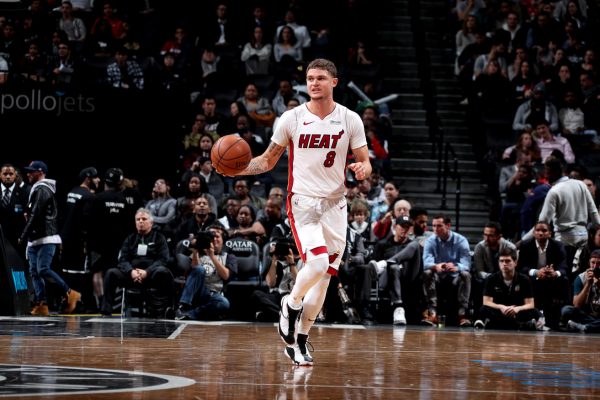 The Miami Heat’s 2018-19 season has been up and down so far, and guard Tyler Johnson thinks the lack of consistent success could be due to everyone on the roster getting a little too comfortable.

Following the Heat’s much-needed win over the Brooklyn Nets on Wednesday night, Johnson talked about how things have changed during his time in Miami.

.@MiamiHEAT guard @RealTJohnson talks about most of the work he's been doing to improve his game is not getting discouraged. #HEATCulture NBA pic.twitter.com/6g52hEumFN

“Without getting too pumped in your head, most of us got paid,” he said. “Most of us got good contracts to to be able to come back here, so what are we complaining about? What was crazy is before any of us got any money, we were just some dogs.”

It seems Johnson has been questioning the grit he and and his teammate’s have shown this season. Shortly after, however, Johnson reflected on the positives of the roster staying intact over the last few seasons.

“Why it’s so special to be with the group for so long is that we can really check each other,” he said. “We’ve had real heart-to-heart conversations with one another, and I think today we went out and really just played for each other.”

Still, he warned that if those conversations have to keep happening, it’s a sign of trouble.

“It has to sustain, because then it’s fake,” he said. “If we’re having to have this conversation all the time, then nobody really heard it. It was just ra ra for one quick moment.”

Wednesday’s 120-107 victory over the Nets was a good sign that Johnson and the rest of the Heat roster were able to look themselves in the mirror and bounce back after three straight losses. Whether or not they are able to turn that victory into a string of victories remains to be seen.

Up next, the Heat will face off against the Indiana Pacers on Friday night. Hopefully, Johnson will see that there are still a lot of dogs in South Florida.
[xyz-ihs snippet=”HN-300×250-TextnImage”]