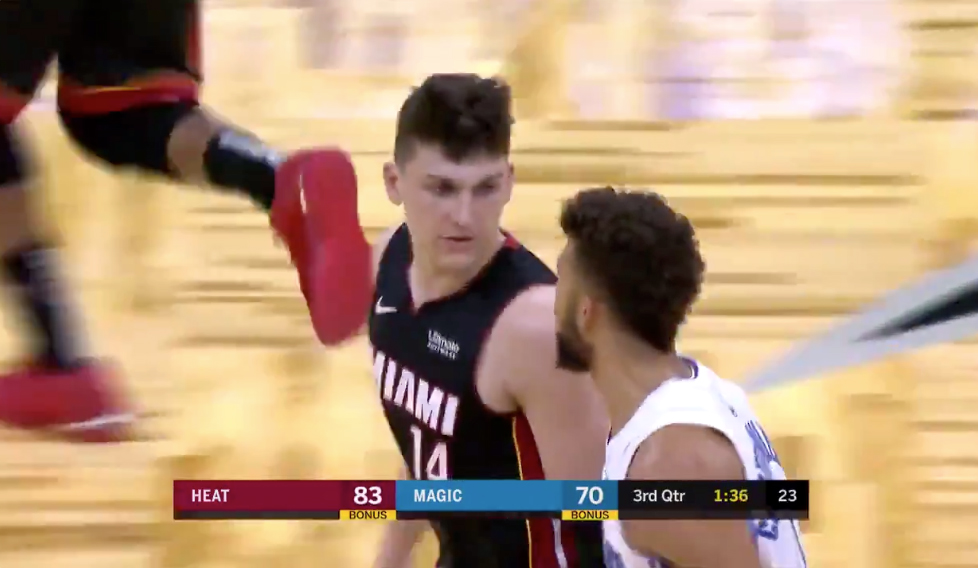 Tyler Herro is quickly becoming something of a star rookie for the Miami Heat. His Summer League and preseason play have indicated that he is certainly ready for the big time.

In Miami’s preseason game versus the Orlando Magic on Thursday, Herro proved that not only is his game ready for the regular season, but also his trash talk.

Herro talkin that talk before getting ejected. pic.twitter.com/i9y4QjRHrS

In the third quarter of Thursday’s action, Herro was guarded by a Magic defender and was able to use his shifty offensive game to get open and drain a 3-point shot.

As Herro and Michael Carter-Williams moved down the court following the shot, they traded words that led to technical fouls for both players.

With regular season play finally starting next week, there’s little doubt that Herro’s legend in South Florida will only continue to grow.