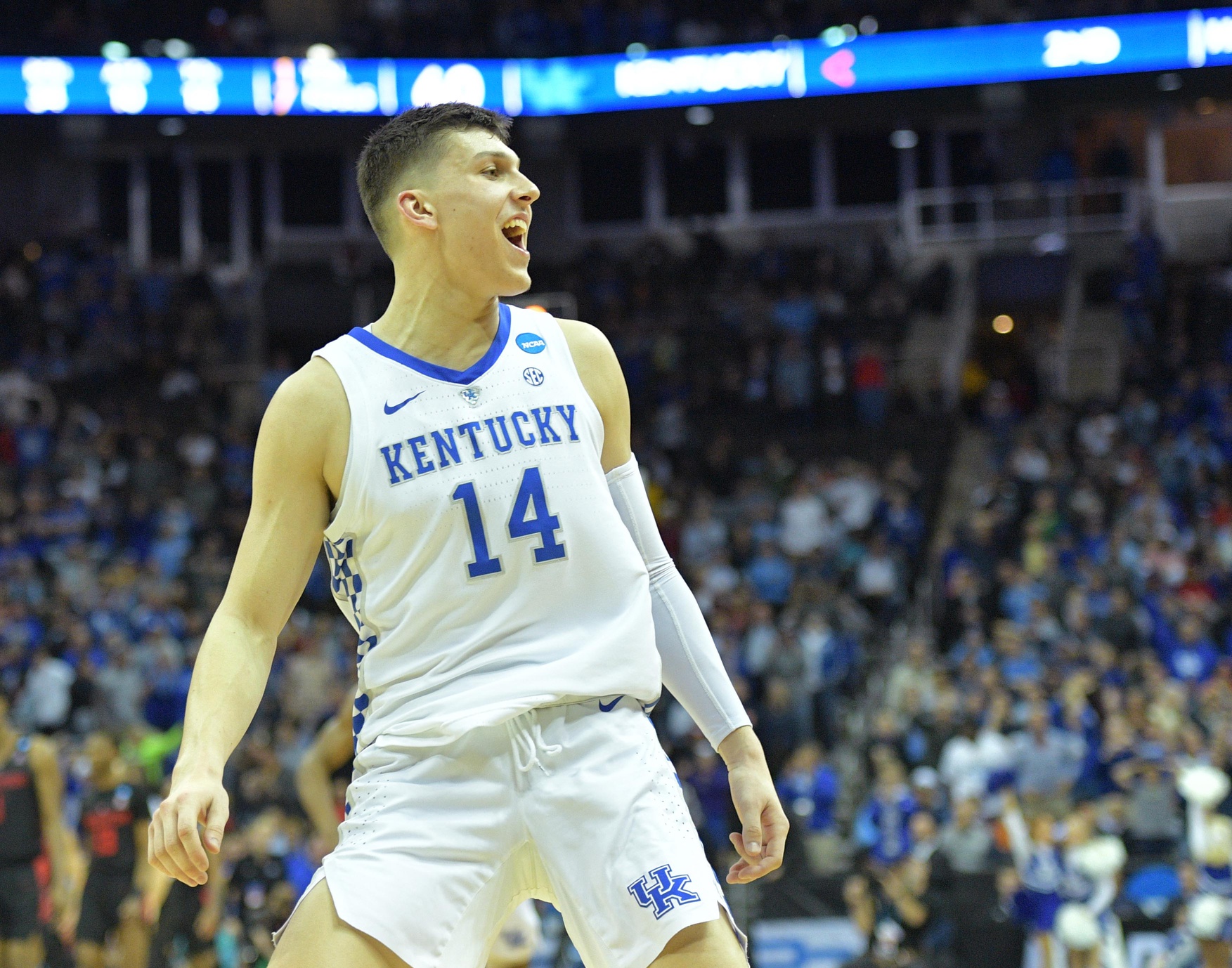 Miami Heat rookie Tyler Herro went through a crucial college change before he came to the NBA.

Down in Miami, @raf_tyler gained @JimmyButler's respect and @RexChapman has taken notice 👀

In partnership with @ATT 5G. pic.twitter.com/Dc5fnkZ46n

“I’m trying to get to the league, man,” Herro told Chapman when asked why he went from committing to University of Wisconsin to the University of Kentucky.

As a matter of fact, the confident guard has earned his teammates’ respect because of his straightforwardness and boldness.

On the season, the sharpshooter is putting up 12.9 points, 4.0 rebounds and 1.9 assists per game. In addition, Herro is shooting a blistering 39.1 percent from downtown.

While Herro doesn’t have an alpha role on the team, he is certainly a huge part of the rotation. The rookie is capable of knocking down shots and playing hard on defense.

Miami will need every bit of Herro’s tenacity as it prepares for a lengthy playoff run.