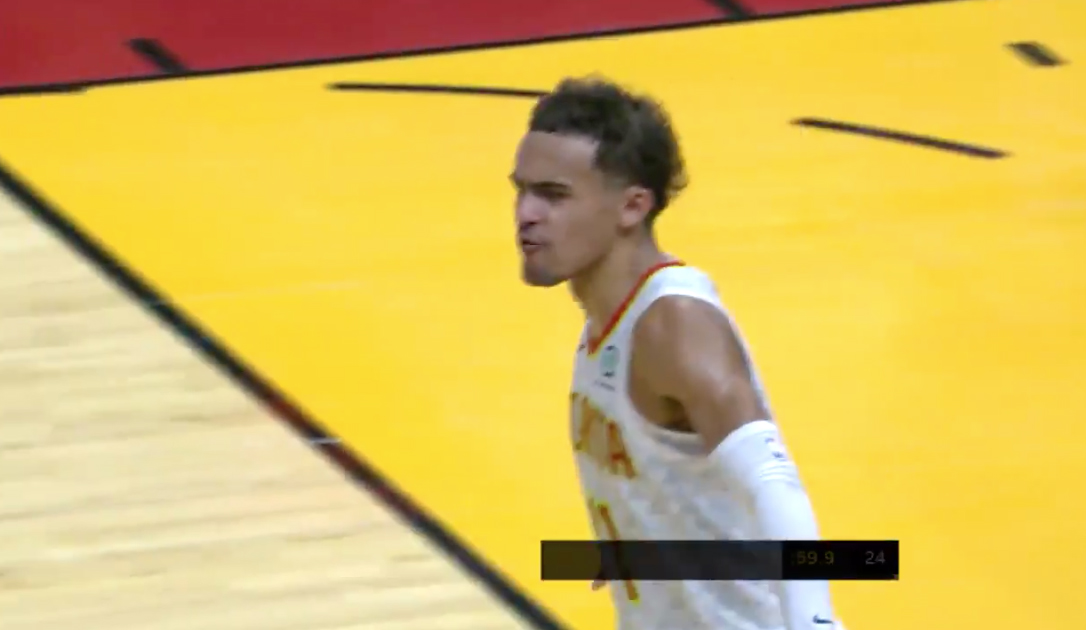 The Miami Heat pulled off an incredible win against the Atlanta Hawks on Tuesday night.

Despite trailing for most of the fourth quarter, the Heat came back to win the game in overtime. However, Hawks star Trae Young declared that the game was over after the Hawks went up by six points with just under a minute to play in regulation.

Trae Young yelled "It's over!" to the Heat crowd after the Hawks went up 6 with 1 minute left

…The Heat ended up winning by 14. pic.twitter.com/0JlpCpC72Y

Young put up 21 points, nine assists and four rebounds in 41 minutes of action on Tuesday. Although the point guard had a decent overall performance, the Heat swarmed Young with double teams and largely kept him out of the game in the second half.

While the youngster had a right to be elated after his team went up, he was certainly shocked when the Heat mounted a comeback and ended up winning the game.

Using high-octane offense, several Heat players wreaked havoc on the Hawks. Undrafted guard Kendrick Nunn led the Heat in scoring with 36 points on top of six boards and four assists. In addition, Duncan Robinson popped off for a career-high 34 points on a whopping 10 triples from downtown.

Yet, the Heat had even more help from their big dogs. Rising star Bam Adebayo acquired the first triple-double of his career with 30 points, 11 rebounds and 11 assists in a team-high 44 minutes. The big man was joined by four-time All-Star Jimmy Butler, who collected 20 points, 18 boards and 10 assists in the impressive victory.

The Heat, who are undefeated at home, will duel against the blazing Los Angeles Lakers in Miami on Friday.