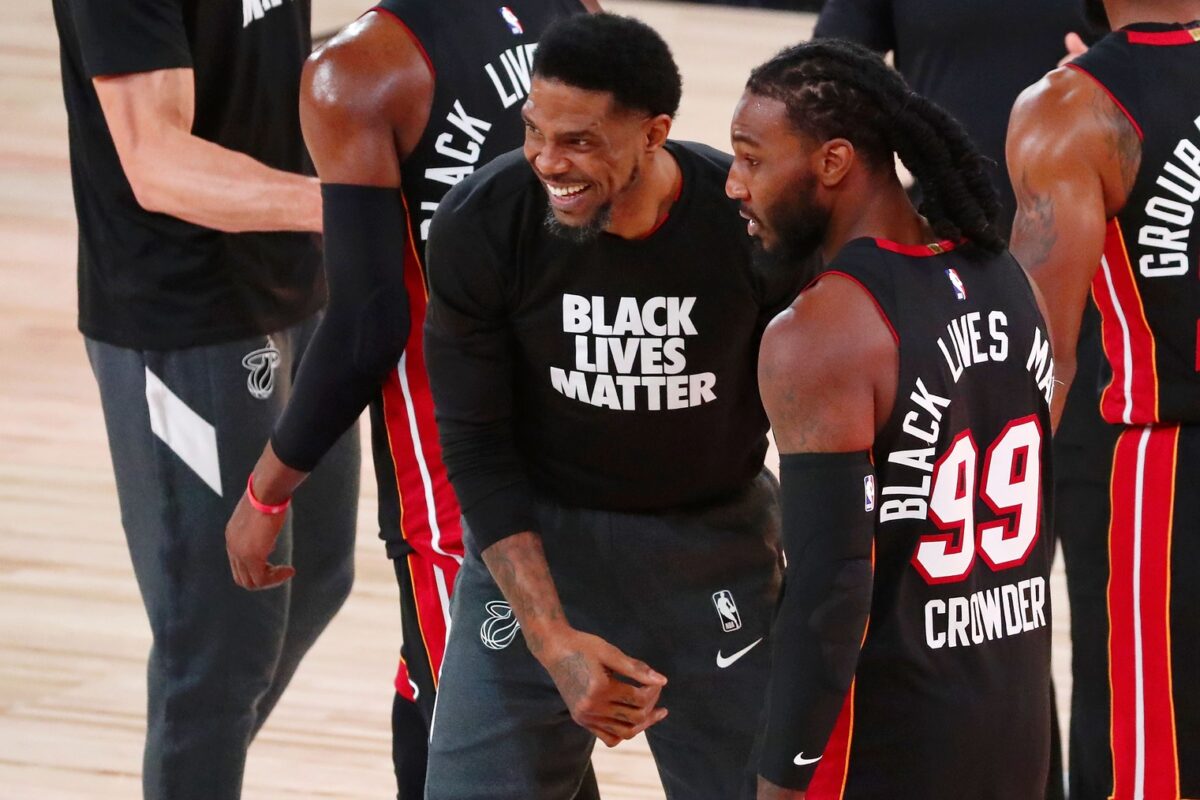 The Miami Heat had the opportunity to be up 3-0 in the Eastern Conference Finals. After a brutal loss to the Boston Celtics in Game 3, they are still two wins away from the NBA Finals.

Heat veteran Udonis Haslem offered the team an encouraging message after the game.

“We didn’t play hard enough. We didn’t do anything that we said we’re gonna do.”

Hear from Jimmy Butler on what went wrong against Boston tonight and what changes need to be made to bounce back in Game 4. pic.twitter.com/2ypxdoAr7H

“This is part of basketball,” Jimmy Butler said of Haslem’s advice in the locker room. “You know we want to win ’em all, and sometimes you don’t. But all I know in all we have to just play harder, play together and be more locked in. We’re not going to say that we thought this was going to be easy because that’s not the case. But we got to put up a lot more fight from the jump, be the nastier team, be the more scrappier team. That’s what he said at halftime. That’s what he said before the game and after the game. So hopefully we understand that coming in next time we play.”

After playing just four games in the regular season, Haslem has not seen the court in this year’s playoffs. It does not mean, though, that he is any less valuable than the other players on the roster.

The 40-year-old has played an important role as the team’s locker room leader and elder spokesman.

Back in the second round against the Milwaukee Bucks, he helped light a fire under Butler when they were down big in Game 3. Butler responded by sparking the team’s come-from-behind win.

The Heat have three more days to regroup before Game 4. Hopefully, the team responds positively again to Haslem’s advice.