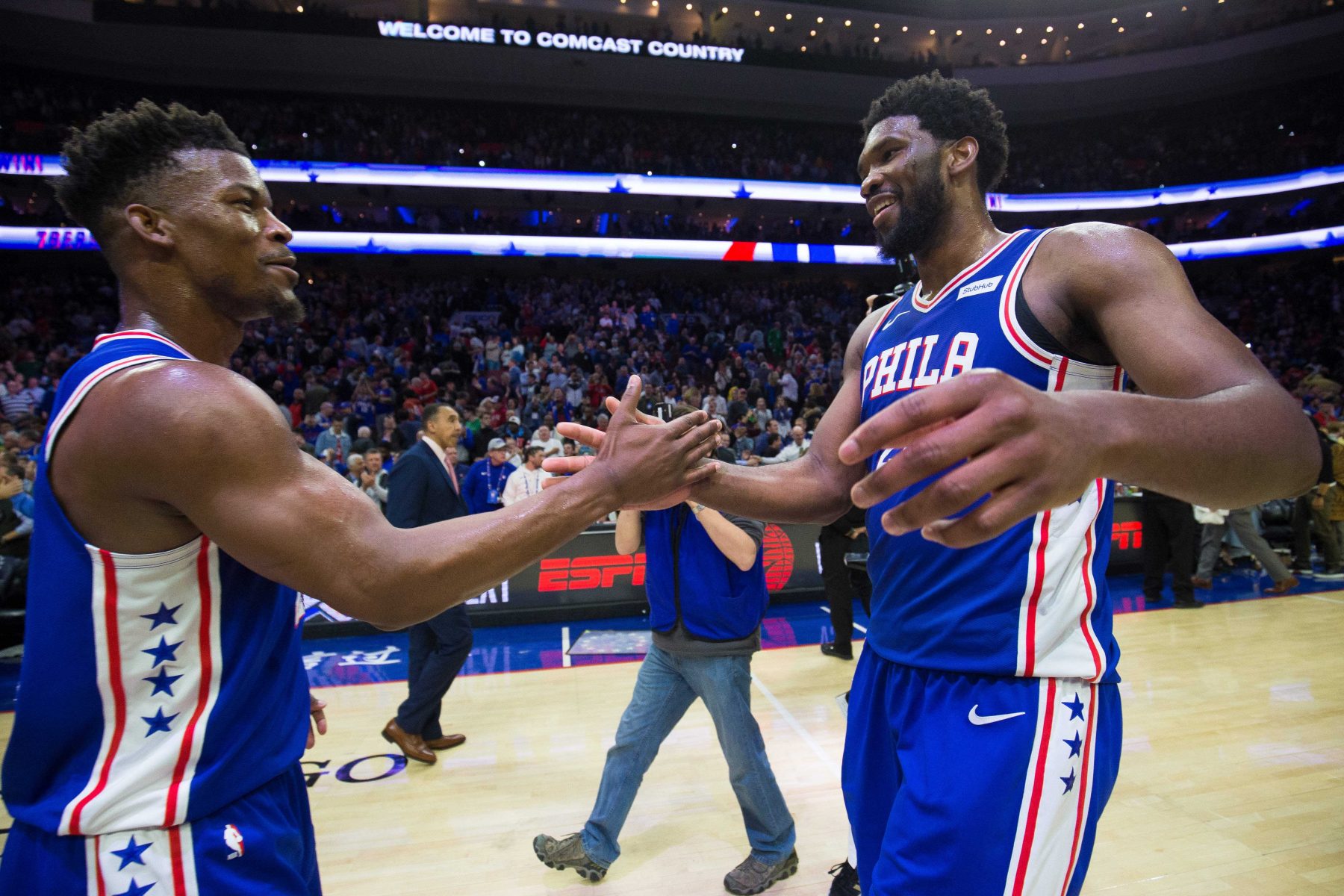 Earlier this week, Philadelphia 76ers star big man Joel Embiid proved that he’s not afraid to get a bit chippy when he and Minnesota Timberwolves big man Karl-Anthony Towns got into a mid-game scuffle.

ESPN’s Stephen A. Smith believes that Embiid’s willingness to get physical with Towns may have been due to Embiid’s relationship with former teammate and current Miami Heat star Jimmy Butler.

.@stephenasmith suggests that Joel Embiid's relationship with Jimmy Butler may have played a role in the scuffle with Karl-Anthony Towns. pic.twitter.com/94ZTnkLqBg

“Who does Joel Embiid love?” Smith asked. “Jimmy Butler. Who does Jimmy Butler not necessarily like all that much?”

“Remember when [Butler] departed Minnesota, there was two things that were mentioned emanating out of Minnesota,” he said. “One was that Andrew Wiggins didn’t want it enough, he was happy with his money. The other was that Karl-Anthony Towns was a bit soft.”

Finally, he explained why this may have all factored into Wednesday night’s fight.

It’s pretty incredible to hear about the kind of impact that Butler had on Embiid. Considering the fact that last season, the lone season in which the two stars played together, was arguably the best of Embiid’s career, Heat fans should be very excited about what Butler brings to the table in Miami.

With Butler acting as the clear veteran leader of a young roster brimming with potential, it’s starting to look like the Heat may rise to the ranks of Eastern Conference elite much sooner than was initially expected. If the four-time All-Star’s fiery personality leads to a few tense moments on the court, so be it.