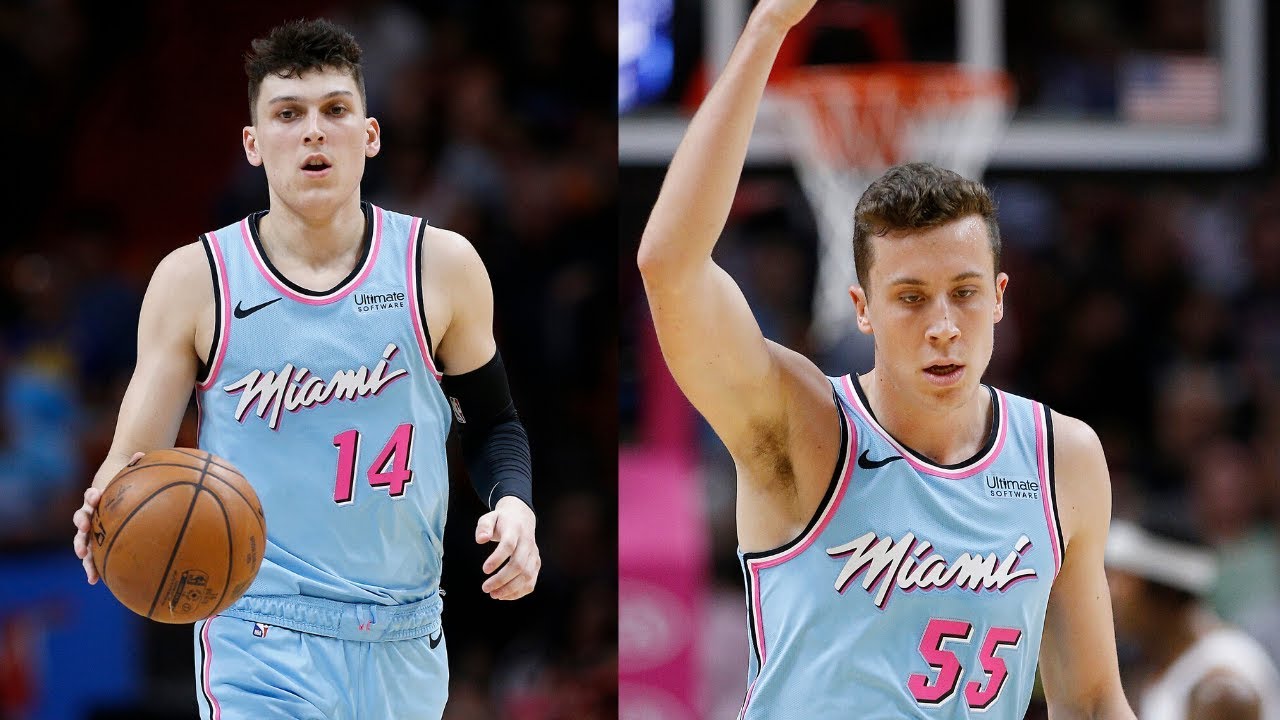 The Miami Heat are one of the biggest surprise teams in the NBA right now.

At 18-7, they currently sit at the No. 3 spot in the Eastern Conference and seem poised to make a deep run in the playoffs this season.

In a recent episode of  “First Take,” co-host Stephen A. Smith even went as far as to compare Herro and Robinson to Stephen Curry and Klay Thompson of the Golden State Warriors.

Stephen A on First Take is very HIGH on “those two white dudes” pic.twitter.com/0gBmiJVYgt

Looking at the comparison between Herro and Robinson and Curry and Thompson, it’s not as far off as some might think.

Furthermore, both Robinson and Herro have shown the ability to get extremely hot from deep, changing the course of an entire game in the process.

As the season progresses it will be interesting to see if Herro can improve upon his shooting percentage from deep. If he can, it’s possible that the two Heat shooters might actually be statistically similar to the Splash Brothers by season’s end.

Curry and Thompson have led the Warriors to the last five straight NBA Finals, winning three along the way.

If Robinson and Herro can get anywhere near that kind of success in Miami, they’re sure to both become Heat legends.