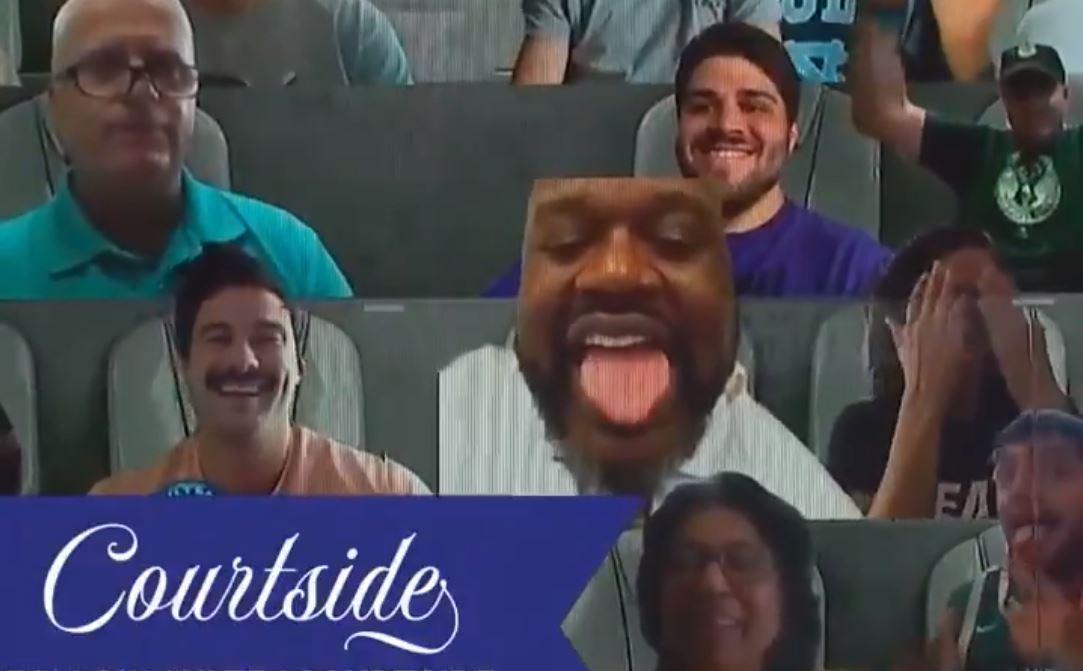 One of the funniest aspects of games inside the NBA’s bubble has been watching the virtual fans watch their teams play via video stream.

A number of viral moments have already occurred as a result of this aspect of games inside the bubble, and a new viral moment occurred on Thursday during the Miami Heat’s game versus the Milwaukee Bucks.

During the game, former Heat big man Shaquille O’Neal made a hilarious appearance in the virtual stands.

O’Neal seemed quite happy to be part of the virtual crowd, and everyone around him seemed ecstatic as well.

Prior to the start of games inside the Orlando, Fla. bubble, one of the major concerns that fans had was that the games would be awkward and boring to watch due to the lack of live fans.

Thanks to the virtual fans, pumped in crowd noise and overall quality of the games being played, the concerns have been unfounded.

Surely, the games inside the bubble are only going to become more entertaining once the 2020 playoffs roll around.