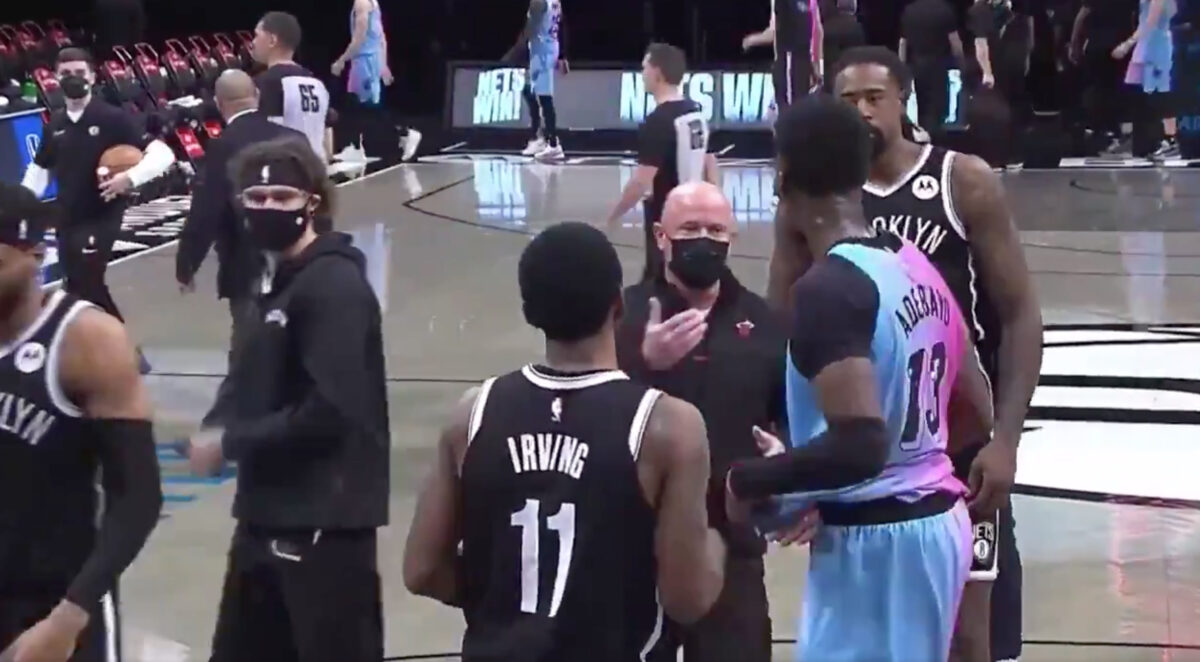 On Saturday evening, the Miami Heat lost yet another tough game, this time to the new-look Brooklyn Nets, 128-124.

Heat big man Bam Adebayo attempted to swap jerseys with Nets star Kyrie Irving after the game, but a security official prevented them from actually doing so.

In response to a handful of games being postponed due to novel coronavirus infections, the NBA instituted additional safety protocols in order to slow down the spread of the virus.

One of the new protocols prevents players from physically interacting with each other unless it comes in the form of a fist bump or an elbow bump.

Adebayo had a monster game against Brooklyn with 41 points and nine assists. The Heat fell behind by as many as 18 points, but they made a fourth-quarter rally to give themselves a chance to win.

Unfortunately, it was too little, too late, as Irving finished with 28 points to seal the win for the Nets.

The Heat are now 6-9, and the anxiety about the team’s poor start is building throughout South Florida.