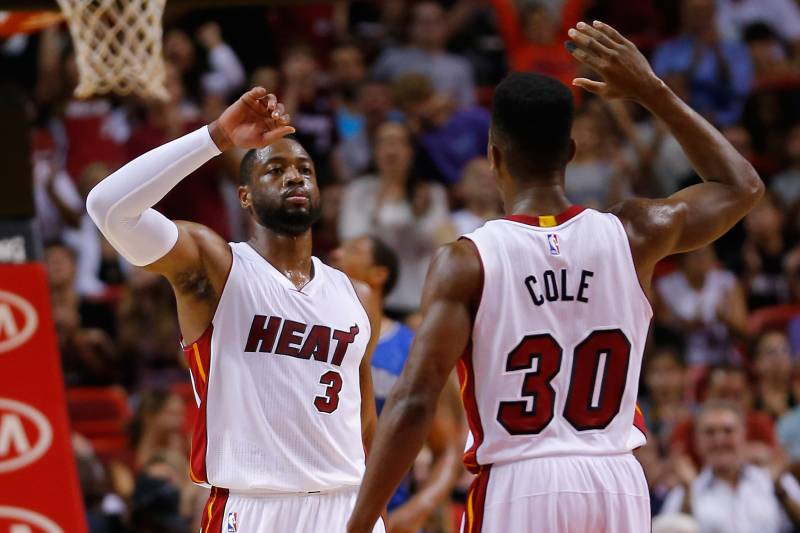 However, the greatest present Wade gave Cole came off the court. The three-time champion gifted Cole with a Porsche because the youngster made a shot from half court.

Dwyane Wade told Norris Cole if you make that shot from half court I’ll give you the keys to my Porsche 🤯👀 @pg30_Cole @DwyaneWade #theplatformbasketballpodcast pic.twitter.com/BxVTExNYvm

“You (Wade) said, ‘You make that shot, you got the keys to the Porsche as soon as we land,'” Cole recalled. “And so, as y’all know, I stepped up and made that shot and he got gassed up. Soon as we got back to Miami that boy was gassed up man.”

Cole, 31, played the first three-and-a-half seasons of his career with the Heat.

In fact, the backup guard played a pivotal role off the bench to help the Heat win back-to-back championships in 2012 and 2013.

While the guards were busy attaining greatness, they surely had lighthearted moments. For Cole, some materialized in the form of a luxury car.

Wade, who retired from the NBA following the conclusion of the 2018-19 season, was a tremendous veteran on the Heat. He was generous with his possessions, time and life lessons.

As for the current NBA season, there is no timetable for when the 2019-20 campaign will resume. However, in the meantime, more and more entertaining stories are beginning to be revealed.