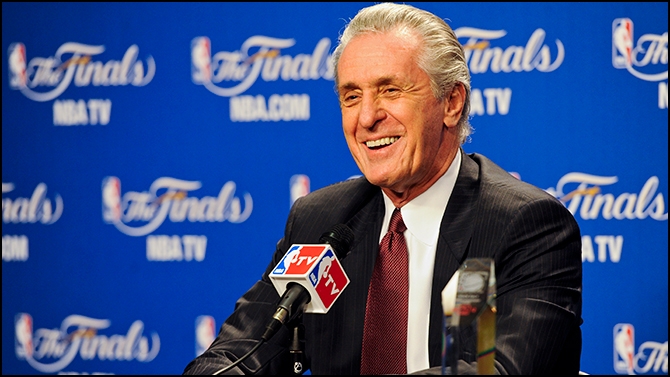 “Everybody just get a grip, this team has been on a great run.”

“When I choked away, personally choked away a game in ’84 and Magic Johnson was called ‘Tragic Magic,’ and we were called the La Fakers and sissies. That inspired us. We didn’t find the first door and run.”

“What happened last year with San Antonio? Did they run? No, they faced it. They faced it and they came back and we saw the results. We will find out what we’re made of here. It’s not about options. It’s not about free agency. It’s not about anything. It’s about what we built over four years here and we have a chance to do something significant. But losing is just as much a part of it as winning is. And when you’re a team, you deal with it.”

“You learn a lot in exit meetings about players after you win. You know, I had kisses all over my face after we won. yesterday, was just a good handshake. I mean come on, you gotta deal with winning and losing in this game.”