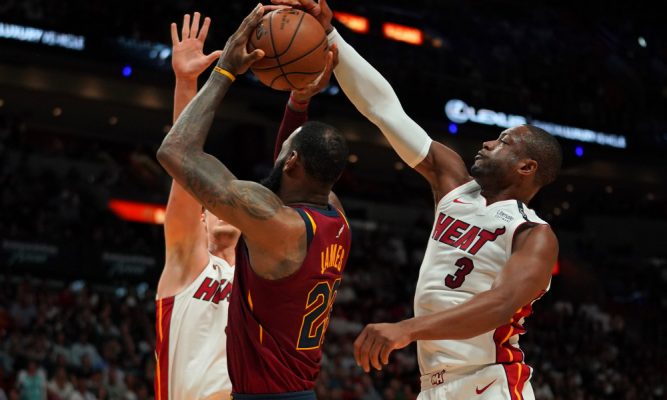 Thanks to #NBABlockWeek, the NBA and its partners’ social media accounts have been filled with highlights of epic swats in league history.

Not to be outdone, the Miami Heat shared a video of Dwyane Wade blocking LeBron James.

The video shows James driving to the hoop and getting rejected by Wade spliced with a clip of Idris Elba eating spicy wings and coughing uncontrollably. Elba’s insertion has become a popular meme as of late and added a bit of hilarity to the sequence, particularly when he uttered curse words after swallowing an extra hot one.

The block took place on March 27, 2018 when the Cleveland Cavaliers faced the Heat in Miami. It was one of the best highlights of the game, which ended in a 98-79 blowout win for the Heat. Wade finished the game with 12 points, four assists, and four blocks, two of them being against his good friend and former teammate.

Despite bringing the Heat to the Finals four times in the four years and winning two championships along the way during his tenure in Miami, James’ departure to Cleveland in 2014 still stings for some fans.

Clearly, the social media manager for the Heat hasn’t quite gotten over it either.