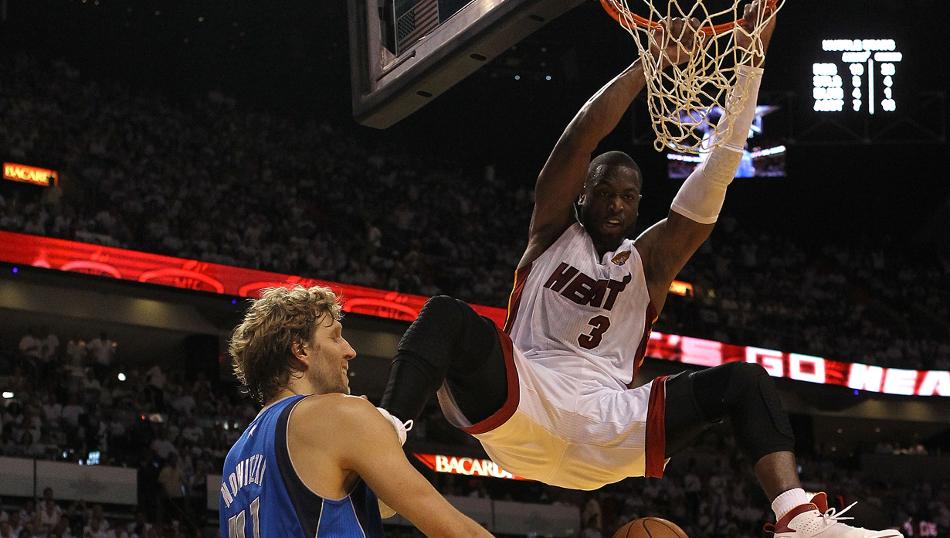 Dirk Nowitzki is one of Dwyane Wade’s biggest rivals, and while he hasn’t been quite as upfront as Wade has regarding his future plans, signs are pointing to this season being the star big man’s last hurrah.

Miami Heat fans know that Wade is calling it quits at the end of the 2018-19 campaign. To celebrate the competition that has existed between the two star players for well over a decade, the Heat showed an awesome tribute video prior to tonight’s tilt versus Nowitzki’s Dallas Mavericks.

So many years of memories between 2 NBA Legends!

Earlier today, the two stars’ rivalry was put into context and showed some truly remarkable stats.

At the moment, both players enjoy 17 total wins against each other, including 11 regular season wins and six playoff wins. Bigger than that, both players have beaten one another in an NBA Finals series.

The Heat defeated the Mavs to to earn the 2006 NBA championship, and the Mavs stunned the Heat in 2011 to win the NBA Finals.

Nothing is on the line tonight except for bragging rights, but fans can be sure that both Wade and Nowitzki will give it all they’ve got to earn the upper hand.
[xyz-ihs snippet=”HN-300×250-TextnImage”]