Video: Ray Allen Has Powerful Message For Those Who Say He Saved LeBron’s Career 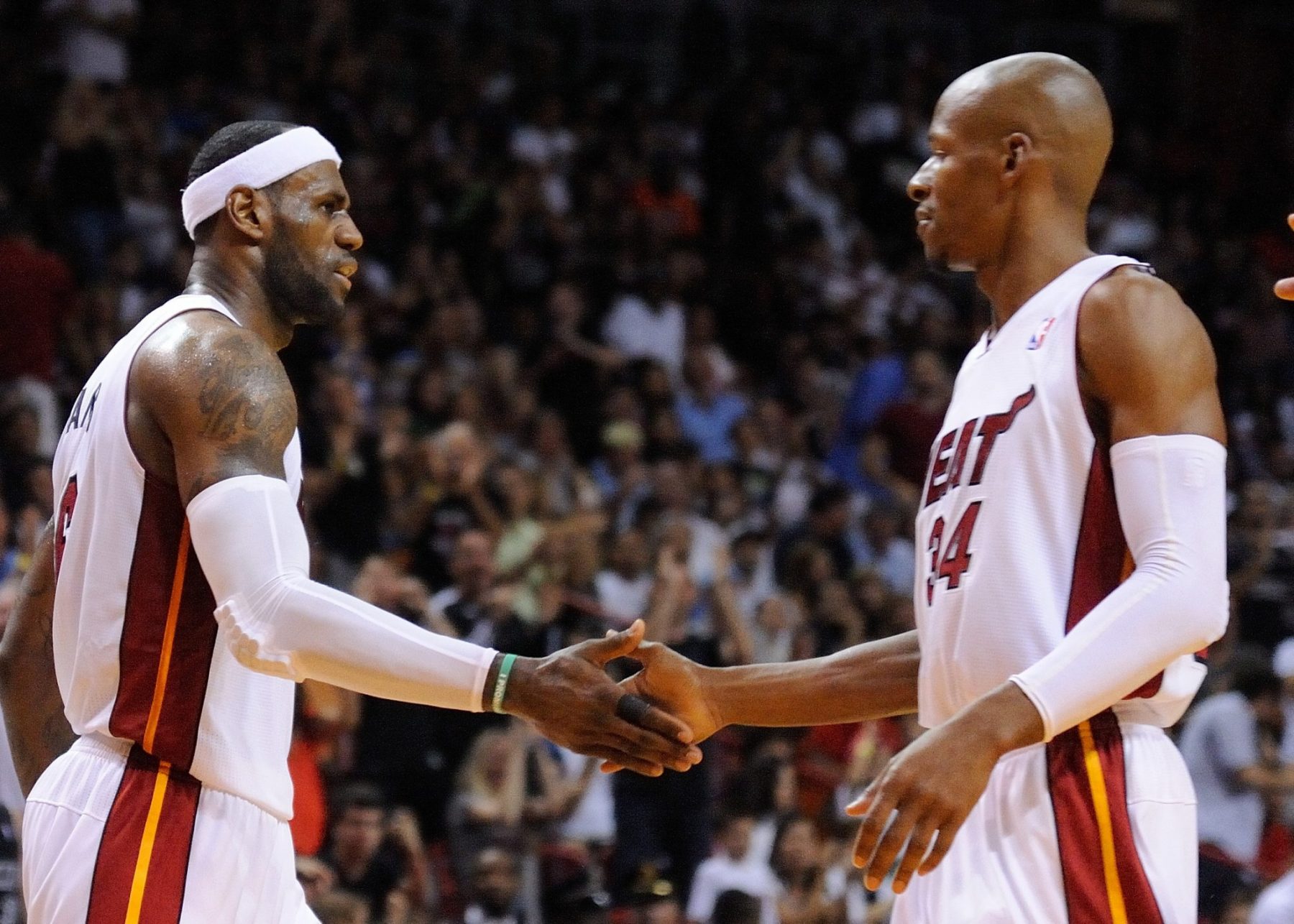 Ray Allen made one of the most famous and important shots in Miami Heat history.

In Game 6 of the 2013 NBA Finals, with the Heat trailing by three to the San Antonio Spurs, Allen hit a shot from the corner to tie the game and send it to overtime.

The Heat eventually won the game and beat the Spurs in Game 7 to capture their second consecutive championship.

Many people have claimed that Allen saved the career of teammate LeBron James by making that shot. Allen, who is asked about the shot daily, said in an interview that he sees things differently.

For the People that say “Ray Allen Saved LeBron’s Career” listen up! pic.twitter.com/Lzyj6JNM3R

“When you’re on a good team, a great team, you find heroics come from all different angles,” Allen said. “Throughout the course of that season you seen a different guy step up whether it’s offensively or defensively. In that playoff series, or in that game actually, Mike Miller hit a three without a shoe on. And that three was an important three. LeBron hit the three the previous trip down the floor to get us to that moment, to that situation.

“So for anybody that says I saved his career, we can make the same case for him saving ours. Putting us in position to win the championship. It’s not just a one-way street. You want to look at that moment and say this is something that I did but I’m part of a team and I contributed at the moment the team needed me to contribute. … It’s foolish when people say that somebody saved somebody.”

Those are powerful words from Allen and they’re right on the money.
[xyz-ihs snippet=”HN-300×250-TextnImage”]