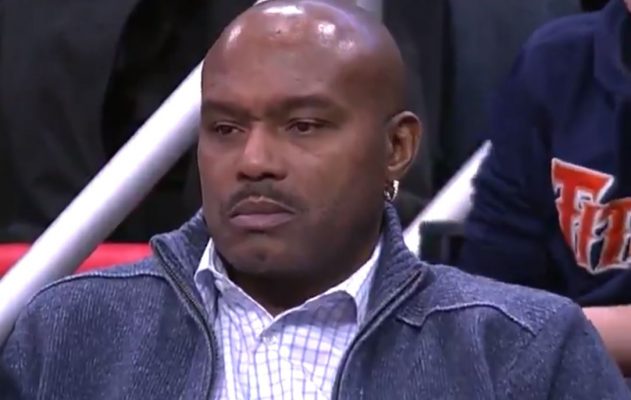 Former Miami Heat player and five-time All-Star Tim Hardaway Sr. found himself inducted into the world of internet memes on Tuesday night. Hardaway Sr. was in attendance at Little Caesars Arena to watch the New York Knicks and his son Tim Hardaway Jr. face off against the Detroit Pistons.

Hardaway Jr. showed off an array of dribbling moves before finishing with an impressive step-back and nailing a mid-range buzzer beater at the end of the half. Hardaway Sr., however, didn’t seem too in awe of his son’s display.

The Knicks went on to lose the contest, 108-115, as Hardaway Jr. posted 19 points, six rebounds, and three assists. Despite his initial reaction after his son’s first half buzzer beater, Hardaway Sr. sent his praises to the younger Hardaway prior to the Knicks’ game against Detroit:

“He’s playing well, he’s being a leader out there on the floor. He’s helping these young guys understand how to play and trying to win late games.”